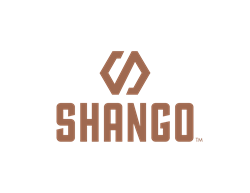 “Lapeer was our first choice for our first provisioning center in Michigan,” Andy Shango said. “I’ve had strong ties to this community since we opened the North End Meat Market in downtown Lapeer way back in 1979.”

Shango is an established, vertically-integrated cannabis brand operating in Oregon, Nevada and, now, Michigan. With major expansions in California, Arizona and Missouri planned for 2020, Shango’s goal is to become America’s first and finest national cannabis brand.

When Andy met Brandon Rexroad, the founder and CEO of Shango, the two immediately bonded and agreed to partner to establish Shango in The Great Lakes State.

“This partnership is a natural,” Andy Shango said. “Meeting each other was a matter of fate and now we are ready to begin building a heavy Shango presence in the Michigan cannabis marketplace.”

“Lapeer is the ideal location for our first provisioning center in Michigan,” Rexroad said. “There is a real sense of community in Lapeer. We are excited to begin our journey in Michigan here with Andy.”

Shango Lapeer, located at 224 E Genesee St., will officially open to the public on Dec.13 at 10 a.m. EST. The first 50 patrons will receive exclusive discounts on Friday and the general public will enjoy special savings on products and merchandise throughout the weekend.

“Lapeer was our first choice for our first provisioning center in Michigan,” Andy Shango said. “I’ve had strong ties to this community since we opened the North End Meat Market in downtown Lapeer way back in 1979.”

Andy Shango also acquired the iconic Lapeer Wine and Spirits business in 1984. The success of those businesses enabled him to open his first tobacco store, Smoker’s Palace, in 1994. Now, his son, Andrew Shango, the Retail Buyer for Shango Michigan, is working with experienced cannabis growers and retailers to ensure the next generation of Shango success.

The Shango-meets-Shango partnership sets the stage for the launch of two more medical and recreational provisioning centers in Bay City and Hazel Park in spring of 2020. The Hazel Park location will be among Michigan’s top 10 largest facilities in space and retail volume.

Shango Lapeer is a member of the Lapeer Area Chamber of Commerce. Lapeer Team Work has been chosen as Shango Lapeer’s local charitable partner. The organization provides a range of training, education and vocational opportunities that help people in need of assistance remove any obstacles to finding employment.

“We look forward to working with LTW to help our local residents,” Sager said. Shango will make cash donations for laptops and cellular phones to help the organization with their mandate of becoming more mobile for their services.

More About Shango
Shango is an established vertically integrated cannabis brand offering a full range of award-winning products, including flower, extracts and cannabis-infused edibles, produced by select cultivators and processors in Oregon and Nevada. The Shango brand is licensed to three full-service recreational and medical cannabis dispensaries in Oregon and Nevada. Shango is expanding and has licenses in Michigan and California and will be opening its first retail location in Lapeer, MI Q4 2019 and Moreno Valley, CA shortly thereafter. A recognized leader in the cannabis industry, Shango sets the standards for product quality, consistency and business conduct. Shango is committed to cannabis education and is a fierce advocate of the safe and responsible use of cannabis products. For more information, go to http://www.goshango.com.