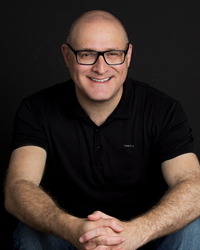 Between my students' insightful feedback and Microsoft’s recent functionality improvements, it was clear I needed to revamp the Academy from the ground up.

After thousands of users took advantage of SharePoint Maven’s On-Demand SharePoint and Microsoft 365 Academy in 2020, owner Greg Zelfond embarked on a mission to make his online classes even more effective and current than the first time around.

The revision was comprehensive; Zelfond has revamped the academy from the ground up, re-recording each course, adding additional chapters to account for recent Microsoft innovations.

The changes were made based on user feedback and Microsoft’s newly-introduced product features and improvements, making this online academy one of the most up-to-date and user-friendly options in the industry.

According to Zelfond, “Just like my clients learned from me, I gained valuable information from them. Between their insightful feedback and Microsoft’s recent functionality improvements, it was clear I needed to revamp the Academy from the ground up.”

Over the past decade, SharePoint Maven has shaped the SharePoint landscape, gaining industry fame for its blog, which is known for documenting out-of-the-box features of the platform. By focusing on these features (which do not require custom coding, third-party tools, or any special user skills), the SharePoint Maven blog presents SharePoint as an approachable tool, rather than an intimidating burden.

Zelfond champions that same philosophy and extends it to his online courses, focusing exclusively on out-of-the-box capabilities, making it easy for the users to both understand and maintain.

The new and improved academy was released on March 1, 2021, and all students who were currently or previously enrolled in the Academy will receive a 3 month extension of their enrollment, absolutely free. The Academy can be accessed at https://academy.sharepointmaven.com/.

About SharePoint Maven
SharePoint Maven, Inc. is a consultancy owned and run by Greg Zelfond, and has been providing out-of-the-box SharePoint consulting, training, and configuration for small-to-midsize businesses for over 10 years.