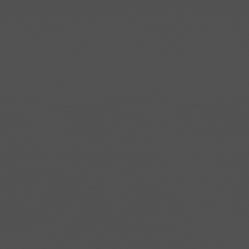 This premium ball to surface interaction is an ideal system for interactive sports such as soccer, where interaction with both the athlete and the ball is critical.

Shaw Sports Turf has announced a new product innovation. The tested and proven high micron fiber called Thunderbolt will now be featured in Powerblade NXT. This fiber employs the same patented lightning bolt shape as is in the standard Bolt fiber. It is an evolution - building on a fiber that has been immensely successful at standing up to abusive wear while still maintaining important performance characteristics like ball roll. Thunderbolt is the result of enhancing that already established success featuring added durability for heavy traffic with a thicker, sturdier version of the Bolt fiber.

Together, the Powerblade NXT system creates a strong, hard-wearing surface that can withstand the demands of high usage, while providing a surface that looks great and meets multi-sport performance requirements and is truly the next level of turf innovation.

“Our new Powerblade NXT system featuring Thunderbolt fiber is one of the most impressive that we’ve seen in terms of durability and wear testing,” said Chuck McClurg, Vice President for Shaw Turf. “We took the success of our patented Bolt fiber shape and built upon that idea to create a new fiber and systems that will stand up to next level play.”

Powerblade NXT is next level turf for next level play. With the inclusion of the unique Thunderbolt fiber, Powerblade turf is built with enduring strength and elevated durability. Compared to standard monofilaments, the thunderbolt fiber offers increased resilience and 30% better ball roll. This premium ball to surface interaction is an ideal system for interactive sports such as soccer, where interaction with both the athlete and the ball is critical.

The original Powerblade product line has been used successfully all over the United States including Ali Krieger Park, University of Arkansas, University of Richmond, Colorado State University, Real Colorado Soccer Complex and more. Architects, engineers and owners alike have chosen Powerblade because of its unique combination of durability, performance, and aesthetics. Now, with the addition of the Thunderbolt fiber, Powerblade is enhanced for ultimate performance that can’t be matched.