“A Twenty-First-Century Psalter” from Christian Faith Publishing author Sherryl Brown is a compelling devotional written for all readers who strive to achieve spiritual enlightenment. 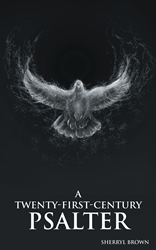 “A Twenty-First-Century Psalter”: a fascinating account that helps the readers build and sustain their strong faith in God. “A Twenty-First-Century Psalter” is the creation of published author Sherryl Brown, a retired community college professor who has lived a life of adventure and experiential learning, which early on sparked an abiding interest in art and philosophy. She has devoted her life to serve as an educator, writer, and volunteer.

Brown writes, “This volume is structurally similar to the 150 ancient songs of the Bible attributed to King David. However, the content is based on modern thought in the continuing quest for spiritual enlightenment. The songs turn away from revenge and fear giving today's reader a contemporary approach to sustaining their faith. Each stanza was written as a prayer, or a plea to God, not just for mercy for us, but for strength to be merciful to others. Just as the twenty-third psalm comforts us in our grief, so do these psalms show us a pathway to healing when death robs us of those we love. Each song has been written from a theme that was chosen for its relevance.”

Published by Christian Faith Publishing, Sherryl Brown’s new book shares a fascinating experience with the readers as every page in this book tells them a message that will give them hints in finding the spiritual enlightenment that they have been looking for.

This book will help readers communicate, for each stanza of the song written on every page of this craft serves as prayer or a plea to God so they may be able to see the mercy of Christ and be merciful to others as well.

View a synopsis of “A Twenty-First-Century Psalter” on YouTube.

Consumers can purchase “A Twenty-First-Century Psalter” at traditional brick & mortar bookstores, or online at Amazon.com, Apple iTunes store, or Barnes and Noble.

For additional information or inquiries about “A Twenty-First-Century Psalter,” contact the Christian Faith Publishing media department at 866-554-0919.