Leading Independent SOAR Provider’s Exclusive Technology Applies Critical Context to the Detection Process, Allowing Alerts to be Investigated in Minutes Instead of Hours or Days 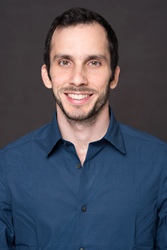 This patent award further demonstrates our technological expertise and specialization as we continue to drive innovation and establish ourselves as the independent leader in the SOAR space.

Siemplify, the leading independent provider of security orchestration, automation and response (SOAR), today announced it has been awarded a new patent by the U.S. Patent and Trademark Office related to its ability to group and connect cybersecurity events.

The conventional approach for handling alerts from SIEM systems and other detection sources lacks flexibility to properly collect, aggregate and organize the data due to a reliance on “static rules.” In addition, these methods fail to logically connect interrelated events, leading to numerous false positives and incomplete information provided to security analysts.

Siemplify’s proprietary method instead allows for the transformation of alert output in a far more structured and actionable way, helping analysts make faster decisions when tracking investigations from start to finish. This method is built into the Siemplify Security Operations Platform, an intuitive workbench that enables security teams to manage their operations from end to end, respond to cyber threats with speed and precision and become smarter with every analyst interaction.

“This patent award further demonstrates our technological expertise and specialization as we continue to drive innovation and establish ourselves as the independent leader in the SOAR space,” said Amos Stern, CEO and co-founder of Siemplify. “Specifically, this unique capability that received a patent helps dramatically streamline security operations, empowering analysts, engineers and managers to make better, smarter decisions for cutting-edge incident response.”

To address alert volume as well as meet the security operations center’s (SOC) objectives, a SOAR platform must do more than simply enrich alerts and automate certain tasks. The patent recognizes Siemplify’s ability to deliver a threat-centric approach to investigations that looks for contextual relationships in the alerts and, if identified, groups these alerts into a single case.

“While a valuable and integral part of many enterprise security footprints, SIEM solutions and other detection tools face challenges in utilizing security alert information to aid in identification and mitigation of ongoing threats, such as overly cumbersome amounts of data to be analyzed and logged manually and massive amounts of false positives,” said Alon Cohen, CTO of Siemplify. “Many times, analysts are forced to limit the number of alerts they can triage, which means potential security risks may not be properly addressed or given the appropriate attention because they are overlooked.”

About Siemplify
Siemplify, the leading independent security orchestration, automation and response (SOAR) provider, is redefining security operations for enterprises and MSSPs worldwide. The Siemplify platform is an intuitive workbench that enables security teams to manage their operations from end to end, respond to cyberthreats with speed and precision, and get smarter with every analyst interaction. Founded in 2015 by Israeli Intelligence experts, with extensive experience running and training security operations centers worldwide, Siemplify has raised $58 million in funding to date and is headquartered in New York, with offices in Tel Aviv. Visit us at siemplify.co or follow us on Twitter at @Siemplify.

Products, service names and company logos mentioned herein may be the registered trademarks of their respective owners. All rights reserved.