On the back of the Cebr report titled Economic Insight: South East Asia Q2 2014 and in light of the “nation of opportunity” vision announced last Friday in Parliament, Singapore is set to bolster its position as a top knowledge economy, says Rikvin. 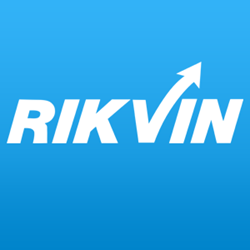 The government is already addressing concerns regarding tertiary education, with an added focus on lifelong education and innovation. We are confident that as Singapore works to become a ‘nation of opportunity’, it will attract more key players.

The Institute of Chartered Accountants in England and Wales (ICAEW), in partnership with Cebr, has yesterday launched and discussed the Economic Insight: South East Asia Q2 2014 in Singapore. The report, which focused on the six largest economies in ASEAN, including Indonesia, Thailand, Vietnam, Philippines, Singapore and Malaysia, found that Singapore leads the pack as a knowledge economy.

Rikvin, a specialist in Singapore company setup, acknowledges that this insight, together with Singapore’s newly announced vision to build a “nation of opportunity,” will bolster its position as a formidable knowledge economy in ASEAN.

WHAT THE REPORT SAYS

Relying on data from the World Bank’s Knowledge Economy Index (KEI), the report measured whether an environment is conducive for using knowledge effectively for economic development. It does so along four sub-indices including education & training, information infrastructure, economic incentive & institutional regime and innovation systems.

According to Cebr, Singapore scored well in this index primarily due to the last three indicators. The IMD World Competitiveness Yearbook 2014, released yesterday as well, affirmed these too, saying Singapore’s high standing in the list (#3), was attributed to its business efficiency, innovation and exports.

In terms of education and training however, Singapore had room for improvement. Even though the city-state’s actual gross tertiary enrollment rate was 55.9 and had the highest enrolment of students per capita in the engineering, manufacturing and construction fields, it scored only 0.12. This means that there is one such student for every 81 residents in Singapore.

Research by Rikvin shows that enrolment in higher educational institutions has improved since 2009, the year the latest KEI data was based on.

Graduations in the STEM (Science, Technology, Engineering and Mathematics) and related fields has improved as well during this period. The number of polytechnic diploma graduates from the science & related technologies, health sciences, IT, architecture and building and engineering sciences departments has grown from 14,921 in 2009 to 15,972 during the period.

In addition, the number of university graduates from the natural, physical and mathematical sciences, medicine, dentistry, health sciences, IT, architecture and building and engineering sciences faculties has expanded from 6,953 in 2009 to 7,745 in 2012.

2014 BUDGET AND 'NATION OF OPPORTUNITY' AGENDA

In 2010, the Economic Strategies Committee (ESC) recommended that the country build up a critical mass of talent in science and engineering, design, finance and start-ups in order to become a serious player in the knowledge-based economy.

This year, the 2014 Singapore Budget aims to complement that goal with a focus on promoting social mobility, regardless of family background. To that end, the Budget apportioned more bursaries for students in institutes of technical education (ITEs), polytechnics and universities. This is set to benefit ⅔ of Singaporean households, each with a monthly household income of up to $1,900.

In addition, according to the President’s Address in Parliament last Friday, Singapore envisions itself to be a “nation of opportunity, where very Singaporean can succeed whatever his starting point.” As a result, the Ministry of Education, Ministry of Manpower as well as Ministry of Trade and Industry will work together to prepare Singaporeans for specialist, managerial and leadership roles.

“When read together with the new vision, it becomes clearer that Singapore’s ongoing efforts will help bolster its reputation as ASEAN’s top knowledge economy. The government is already addressing concerns regarding tertiary education, with an added focus on lifelong education and innovation. We are confident that as Singapore works to become a ‘nation of opportunity’, it will attract more individual and industrial key players. In turn, they will help create more chances for Singaporeans to prosper,” affirmed Mr. Satish Bakhda, Chief Operating Officer at Rikvin.

ABOUT RIKVIN:
Established in 1998, Rikvin has since partnered with thousands of investors, entrepreneurs and professionals in their pursuit to access business opportunities overseas. Rikvin’s areas of expertise include company incorporation, accounting, taxation and other related corporate services. Rikvin is also a licensed employment agency with the Ministry of Manpower (MOM) and offers a full spectrum of Singapore work visa services for professionals who wish to relocate to Singapore.