Singer-Songwriter Carolee Rainey has released a song and music video for "Heads Together," inspired by the work of Heads Together Organization in the UK, in order to raise mental health awareness. 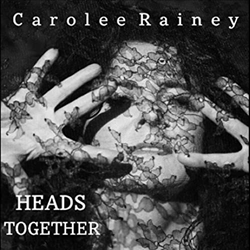 I think we have all felt, or certainly care about someone who’s felt desperately lonely that suffers from depression, anxiety, or paranoia. I wanted to embrace this in a song.

Carolee Rainey has released a music video on YouTube for her new song “Heads Together,” a song designed to raise mental health awareness. The song has also been released worldwide by Sapphire Records, and distributed by KMG/The Orchard.

“My initial inspiration in writing this song came from discovering the Heads Together Foundation (UK) spearheaded by The Duke and Duchess of Cambridge. I loved that there would now be a cool forum whose mission was to break the stigma surrounding mental health. I think we have all felt, or certainly care about someone who’s felt desperately lonely that suffers from depression, anxiety, or paranoia. I wanted to embrace this in a song,” says Rainey.

Rainey, who has overcome issues of depression in her own life, shares deep empathy with those suffering in the wake of the Covid-19 pandemic: “These feelings have been escalating exponentially during Covid-19 where our tolerances as a human race have been drastically challenged in so many ways.”

In releasing this new work, Rainey is asking listeners to donate to the Heads Together organization. A portion of the proceeds from sales of the song on Apple Music and Amazon will be donated to the foundation as well. “No donation is too small or too big, no matter the amount. The intent of the donation means the world and so many will benefit. Huge amounts of gratitude abound for all of your efforts,” said Rainey, as a message to her listeners.

Rainey, who is also a painter and photographer, shares insight into her journey as a songwriter on her website, http://www.CaroleeRaineyTunes.com, explaining how “the solitude of being a painter and the exploration...offered an expressionistic perspective to songwriting. Not sure if it was an innate sense of restlessness, but I gradually seemed to put the paintbrush aside in search of a more flamboyant type of canvas and palette.”

“This soulful period was intensely magnified one day when a friend took me to see a Rickie Lee Jones concert. The me walking into that concert became transformed and re-ignited during those life-changing 90 minutes,” says Rainy. “I'm still not exactly sure how I got the courage, but when I got home I blindly started writing songs with an inexplicable, focused passion, songs that visit darkness and lightness with a splash of lonely and reckless.”