Sitting in Life’s Passenger Seat: New study looks into the many disadvantages of an external locus of control

A recent study by PsychTests.com indicates that people who believe that they have no control over their life are more likely to be pessimistic, to have low self-esteem, and to lack resilience. 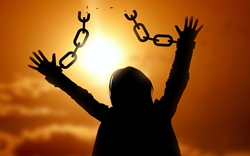 An external of locus of control is not only dispiriting, it’s also disempowering.

Jackie Robinson didn’t watch baseball from the stands - he worked hard and tore down racial barriers to become the first African American baseball player in Major League Baseball. “Life,” Robinson expressed, “is not a spectator sport.” People who believe they have the power to change their life, to create their own destiny, have an “internal locus of control.” Those with an external orientation are more likely to feel like victims of fate, bad luck, other people, or other uncontrollable factors. They believe that no matter how hard they try, they will not succeed if society or the very universe is against them. As a study from PsychTests.com reveals, this type of outlook on life can be detrimental to a person’s happiness.

Analyzing data collected from 12,259 people who took the Emotional Intelligence Test, PsychTests’ researchers compared people with an external locus of control to those with an internal one. Here’s what the study revealed:

“It’s hard to go out and face the world when you feel like the world is against you - that’s what it’s like for people with an external locus of control,” explains Dr. Ilona Jerabek, president of PsychTests. “In extreme cases, this perspective can lead to a victim mentality. People with an external locus of control are persuaded that the state of their life and the circumstances that have led them here were not of their own doing, but the fault of other people or forces beyond their control. This is not the case, however. We always have the power of choice. This means that you can choose to continue to feel helpless, or you can choose to start taking charge. And the only way to regain a sense of control over your life is to stop pointing fingers and start taking responsibility for yourself. You are only a victim if you continue to believe you are.”

“To start shifting to a more internal locus of control, be on the lookout for black & white thinking,” continues Dr. Jerabek. “Look out for thoughts such as, ‘I always lose the momentum to exercise,’ or ‘I will never get the job I want,’ or "Now that I’ve developed a health issue, it’s all downhill from here.” Recognize these thoughts for what they are: it’s your habitual way of thinking that has kept you stuck in a rut for so long. Stop it in its tracks. You can even personify this way of thinking as a little goblin trying to scare you. You can then tell your goblin, ‘Sorry, but I know what you’re trying to do and it’s not going to work. You’re not going to sidetrack me. Get lost!’

Want to assess your EQ? Check out the Emotional Intelligence Test by visiting: https://testyourself.psychtests.com/testid/3979

The only way to feel a sense of control over life is to recognize that we create our own realities.Here’s what happens when you adopt an external vs. internal locus of control: