The educational program will look into sleep studies and their importance. 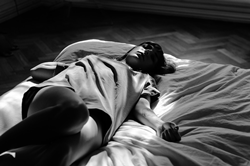 In the new episode of “Behind The Scenes,” the show will interview sleep apnea experts about the tests utilized in the detection of the disease.

Award-winning actor Laurence Fishburne has taken on many parts throughout the years but is also involved in educational television. In an upcoming episode of of Behind The Scenes Laurence Fishburne will introduce new content on sleep studies taking place to diagnose sleep apnea. The show is of the informational variety and reviews a broad spectrum of issues influencing people all over the globe.

It is estimated 22 million Americans suffer from moderate to severe sleep apnea. Roughly 26% of adults between the ages of 30-70 may have the sleep disorder. Sleep apnea makes a person repeatedly stop and begin breathing while asleep. The disease increases the risk of heart disease, high blood pressure, depression, stroke, and Type 2 diabetes.

Medical experts are conducting studies to detect the disease to treat it properly. The studies include nocturnal polysomnography and home tests. Nocturnal polysomnography tests monitor the heart, brain and lung activity, leg and arm movements, breathing patterns, and blood oxygen levels while hooked up to a machine during sleep. Home tests measure the blood oxygen level, breathing and airflow patterns, and heart rate.

In the new episode of “Behind The Scenes,” the show will interview sleep apnea experts about the tests utilized in the detection of the disease. They will also discuss how sleep apnea is impacting people worldwide.

The educational program “Behind The Scenes” with Laurence Fishburne is given a careful review before broadcast to a public audience. As an acknowledgment for its efforts, the show has received a multitude of awards.