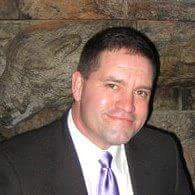 "Unlike other civilian Federal employees who can just quit their jobs after 30 days of shutdown and walk away from civil service, members of the military cannot," Lamb said.

Lamb, who also serves as a volunteer civilian member of the USCG Auxiliary as Public Affairs Officer in USCG District 7, indicated the creation of the fund was a result of a January 18, 2019 Fox News report entitled "Coast Guard becomes first branch of military to miss their paychecks during government shutdown."

Lamb said he kicked off the fund with a personal $500 donation because the USCG is in a uniquely precarious situation because unlike other members of the armed services who are being paid as essential military employees, the USCG is a military force but it is housed in the Department of Homeland Security, an agency being affected by the shutdown.

"Unlike other civilian Federal employees who can just quit their jobs after 30 days of shutdown and walk away from civil service, members of the military cannot," Lamb said. We therefore need to highlight their plight and the private sector stepping up where the Government lets them down is the right move. We have therefore adopted the new slogan: "Small Business Cares!"

According to Lamb's public relations agent, Laurence Socci, this is not the first time Lamb has connected the USCG with the private sector when times have gotten rough for the Coasties. In 2013, Lamb worked with the owner of Fort Lauderdale Italian Restaurant "Umberto's" to feed the station through a number of generous donations when the USCG Fort Lauderdale Station's galley was out-of-service. Lamb also arranged for a $5,000 corporate donation from his for-profit consulting business in 2017 when USCG personnel and their families were in need of supplies after they were evacuated from Puerto Rico and temporarily housed in South Florida due to the September 2017 Hurricanes. During the course of his philanthropic and fundraising work in Puerto Rico over the last year, Lamb even saved a drowning toddler at a waterpark on the island in July of 2018. He is currently being considered for recognition by his Flotilla Commander for the rescue, Socci said.

Lamb said the SBTC is hoping to raise $500,000 to help USCG families during this difficult time. Members of the USCG wishing to apply for grants from the fund should contact the group via email: Support@truckers.com.

For more information, you can visit the group's Facebook Page: https://www.facebook.com/EmergencyFundforUSCGFamilies/

For information about the SBTC, visit http://www.truckers.com.