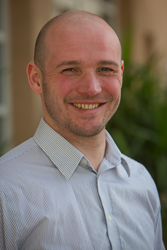 We've expanded the festival's categories this year to accommodate the ongoing evolution of media technology, storytelling tools, and modes of media consumption.

SMPTE®, the organization whose standards work has supported a century of technological advances in entertainment technology, is accepting submissions for the 2017 SMPTE-HPA Student Film Festival. Hosted by SMPTE and the Hollywood Professional Alliance (HPA), the film festival is an international competition open to full-time students from around the globe.

The film festival focuses on technology, and students should ideally major in an area that emphasizes engineering, science, advanced technologies, or fundamental theories associated with motion-imaging, sound, metadata, and workflows. Film festival judges are a diverse group of accomplished motion-imaging professionals from around the world.

This year's event features an extended array of categories:

The Audience Choice Award will be selected on-site by attendees and presented at the conclusion of the festival.

Entries from all parts of the world are encouraged. Submissions for the 2017 SMPTE-HPA Film Festival are due no later than June 30. Official selections will be presented — and award winners announced — on Monday, Oct. 23, in conjunction with the SMPTE 2017 Annual Technical Conference & Exhibition (SMPTE 2017) in Hollywood, California.

To be eligible, students must have completed four courses toward their major course of study and be in good academic standing. There is no fee to enter, and SMPTE or HPA membership is not a prerequisite for submission of a film. However, students may join as student members of SMPTE for just $10 or for free if this is their first year of membership when they apply via the Student Membership Challenge Fund.

Official selections from previous years and further information about the 2017 SMPTE-HPA Student Film Festival is available at http://www.smpte.org/filmfestival.

About the Hollywood Professional Association
Hollywood Professional Association (HPA) serves the professional community of businesses and individuals who provide expertise, support, tools and the infrastructure for the creation and finishing of motion pictures, television, commercials, digital media and other dynamic media content. Through their partnership with the Society of Motion Picture and Television Engineers® (SMPTE®), the leader in the advancement of the art, science and craft of the image, sound, and metadata ecosystem, the HPA continues to extend its support of the community it represents. Information about the HPA is available at http://www.hpaonline.com.

About SMPTE®
For more than a century, the people of SMPTE (pronounced “simp-tee”) have sorted out the details of many significant advances in media and entertainment technology, from the introduction of “talkies” and color television to HD and UHD (4K, 8K) TV. Since its founding in 1916, SMPTE has received an Oscar® and multiple Emmy® Awards for its work in advancing moving-imagery engineering across the industry. SMPTE has developed thousands of standards, recommended practices, and engineering guidelines, more than 800 of which are currently in force today. SMPTE Time Code™ and the ubiquitous SMPTE Color Bars™ are just two examples of SMPTE’s notable work. As it enters its second century, SMPTE is shaping the next generation of standards and providing education for the industry to ensure interoperability as the industry evolves further into IT- and IP-based workflows.

SMPTE’s global membership today includes more than 7,000 members: motion-imaging executives, creatives, technologists, researchers, and students who volunteer their time and expertise to SMPTE’s standards development and educational initiatives. A partnership with the Hollywood Professional Association (HPA) connects SMPTE and its membership with the businesses and individuals who support the creation and finishing of media content. Information on joining SMPTE is available at http://www.smpte.org/join.

All trademarks appearing herein are the properties of their respective owners.