Soon a New Address in Bordeaux for Masseto, Ornellaia, Tenuta Luce and CastelGiocondo 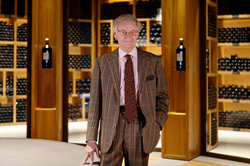 "Our goal is to strengthen our position by developing a deeper and more integrated relationship with the Place de Bordeaux Négociants, no longer working from a distance, but in close contact with our partners.” - Giovanni Geddes da Filicaja, CEO of the Frescobaldi Group

The first wine estates in Italy to make such an investment, Masseto, Ornellaia, Tenuta Luce and CastelGiocondo are opening a representative office in the city of Bordeaux, aimed at strengthening their worldwide sales network, starting with the French stronghold of fine wines.

Masseto, in 2009, was the first Italian wine to be distributed through La Place de Bordeaux. Ornellaia followed suit in 2015. In the wake of their success, in 2019 Tenuta Luce and in 2021 CastelGiocondo Brunello also embraced the international distribution of La Place de Bordeaux. Since 2009, this choice has resulted in ever increasing results. The Négociants boast a centuries-long history of the sale of fine wines at an international level.

“Making top-tier wines is not enough,” explains Giovanni Geddes da Filicaja, CEO of the Frescobaldi Group. “Knowing how to communicate this quality and choosing the perfect distribution is essential. By considering these years with La Place de Bordeaux as the first step and examining potential sales growth, it now seems logical for us to open a representative office in Bordeaux. Our goal is to strengthen our position by developing a deeper and more integrated relationship with the Négociants, no longer working from a distance, but in close contact with our partners.”

This stimulating challenge has been entrusted to Patrick Lachapèle, who will take on the role of Director of the representative office, returning to France after 16 years in Asia where he worked as the Asia-Pacific Export Manager for Baron Philippe de Rothschild and then as Director, Asia-Pacific, Middle East, Africa and South America for Ornellaia and Tenuta Luce. Patrick will work alongside the commercial directors of the four estates, which will remain individually managed.

The new office will be operational in the first quarter of 2022.