Sorry, Not Sorry - New Study Indicates That Remorse Not Enough to Deter Dishonesty

A recent study by Queendom.com reveals that people show regret about their transgressions - yet continue to commit them - are more deceitful, manipulative, and narcissistic than people who do not have any remorse. 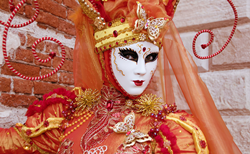 The difference between genuine repentance and insincere remorse is a conscious perseverance to become a better person…otherwise, it’s just lip service.

It’s healthy to show remorse when you commit an act of transgression, but it may not be enough to deter it.

The term “virtue signaling” was coined to describe people who declare outrage over injustices that they want people to think they care about, but contribute little effort, if any, to resolve. Essentially, they use virtue signaling as an opportunity to boost their social status and flaunt their moral superiority. This tactic is often used by prominent people and companies as a means to buff out a tarnished reputation, or deflect attention from a scandal. Recent research from Queendom.com analyzing the profile of people who show remorse for their dishonesty, but continue to lie, cheat, and manipulate regardless, may shed some additional light on this phenomenon.

Collecting data from 8,864 who took the Integrity and Work Ethic Test, Queendom researchers focused on two groups dishonest people: Those who remorseful about their actions, and those who don’t show regret about their deceitfulness. Here’s how they compared on different personality traits associated with honesty/dishonesty: (Note - scores on the scales below range on a scale from 0 to 100. The higher the score, the stronger the trait).

“This was a surprising study result to say the least - it’s not what we expected,” explains Dr. Jerabek, president of PsychTests, the parent company of Queendom. “However, we have a couple of theories as to why the remorseful group, who reported that they feel bad when they behave in a dishonest manner, still continue to act deceitfully. First, their sense of superiority, desire for admiration, and tendency to manipulate others points to a possible narcissistic personality. Narcissists are notorious for lacking empathy and compassion for others, but they will show remorse, or a semblance of regret, if it suits their needs - to get into someone’s good graces, for example. Furthermore, narcissists have no qualms about using underhanded means to get what they want. Yet, if you accuse them of a wrongdoing, they will battle you fiercely to defend their honor. After all, their entire image is based on a lie. If their dishonesty is exposed, they lose everything.”

“Another theory as to why the remorseful group continues to be dishonest comes down to two key traits: Their altruism and strict sense of justice. This may be the recourse they use to justify their deceitfulness by noble goals … hence the virtue-signaling. They may say something like, ‘How can you accuse me of dishonesty? So what if I told a white lie? I give to charity and speak up against injustice!’ It’s not uncommon to see purported ‘pillars of the community’ use this tactic when they are accused of a deceitful act, or when they want to distract people from a scandal. What our study has shown is that while it’s healthy to show remorse when you commit an act of transgression, it may not be enough to deter it, at least for some people, particularly those who lack other protective traits, such as trustworthiness and empathy.”

Want to assess your integrity? Check out https://www.queendom.com/tests/take_test.php?idRegTest=3976

What’s worse: Being unremorseful for a transgression, or being contrite yet still dishonest?There are surprising differences between dishonest people who express remorse, and their unremorseful counterparts.