Following a collaboration with Sound Royalties, music composer and producer Terry Fox has successfully propelled his career to the next level by launching WLVRNS Studios. Sound Royalties is a music finance firm helps music creatives in the music business fund professional and personal projects, without giving up any ownership of their works. 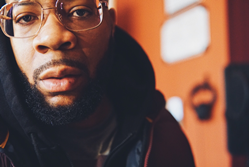 Sound Royalties, a specialty finance firm serving the music industry, today announced that respected producer and composer Terry Fox has joined the growing group of music creatives that work with the company to achieve their professional goals. With funding from Sound Royalties, Terry Fox has now launched WLVRNS Studios where he produces his work.

Known for his work in the sports and TV industries, Fox has worked extensively with the NFL, the NBA, and TV shows Grown-ish and CSI: New Orleans. This year, Fox also produced music for Super Bowl LIII. Possessing a strong background in writing and producing hip-hop music, Fox has also been featured on 106 & Park’s Freestyle Fridays on BET, as well as MTV’s MADE.

This summer, Fox is preparing to release a new project titled Anthems, an album that will be a compilation of heartfelt music with a reflection on his current and past experiences.

“Sound Royalties helped open doors for me that have changed my entire career in ways I would have never imagined,” said Fox. “From offering upfront capital to allowing musicians to receive pass-through income, Sound Royalties nails it with creative-friendly solutions. Working with them was a seamless process with no hassles, and now I’m able to create my work in my own studio. What Sound Royalties is doing will continue to support others just like me.”

Founder and CEO of Sound Royalties Alex Heiche added: “We are honored to work with Terry. It’s been a pleasure to see him continue to grow and succeed with the funding we were able to provide. Helping creatives in the music industry advance their careers is why we do we what we do at Sound Royalties.”

Founded by CEO Alex Heiche, Sound Royalties, LLC is a privately-owned specialty finance firm that helps music industry professionals fund personal and professional projects without ever taking ownership of their copyrights, even in default, and also allowing for pass-through income. The company's core business is offering royalty advances of anywhere from $5,000 to $10 million. It does this by advancing artist, producer and songwriter royalties paid through music labels, distributors, publishers and PROs such as BMI, ASCAP, SESAC, SoundExchange and many more. To date, Sound Royalties, LLC has worked with a wide range of leading music industry professionals, including GRAMMY Award winners, platinum recording artists and notable music industry executives in every genre. Learn more at https://soundroyalties.com.