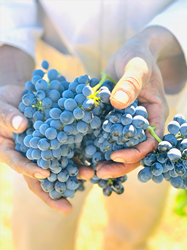 “The late and slow harvest was definitely worth the wait. Wine lovers can really look forward to remarkable wines from the 2021 crop.” - Conrad Schutte, Consultation Service Manager at Vinpro

Wine lovers from across the globe can enjoy outstanding wines from a much cooler and later 2021 wine grape season in South Africa. This according to the annual South African Wine Harvest Report 2021.

“It seems as though the vines really took their time to prepare this year’s harvest,” says Conrad Schutte, Consultation Service Manager of the wine industry body Vinpro. “Moderate weather throughout the season, and specifically during harvest time, resulted in grapes ripening slower, while developing exceptional color and flavor.”

The harvest kicked off around two weeks later than normal due to unusually cool weather conditions throughout the season, which persisted throughout harvest time and resulted in some wine grape producers harvesting their last grapes in May. Water resources were also replenished in most regions following the recent drought, which contributed to good vine growth, bunch numbers and berry sizes.

“Although these are general observations, it is always important to take the South African wine industry’s diversity over ten wine grape growing regions into account,” Schutte says.

“The late and slow harvest was definitely worth the wait. Wine lovers can really look forward to remarkable wines from the 2021 crop,” Schutte says. “The cooler weather enabled producers to harvest their grapes at exactly the right time, and viticulturists and winemakers are especially excited about good color extraction, low pH levels and high natural acidity in cases where vineyards were managed effectively, which all point to exceptional quality wines."

The 2021 wine harvest – including juice and concentrate for non-alcoholic purposes, wine for brandy and distilling wine – is expected to amount to 300,205 gallons at an average recovery of 205.5 gallons per ton of grapes.

“We are delighted that harvest 2021 has proven to be somewhat of a silver lining for the South African wine industry, which will no doubt further bolster our international positioning,” says Siobhan Thompson, CEO of Wines of South Africa (WoSA). “What stands out above all else is the consistency in quality that we have come to see over recent years. This will go a long way to convincing those who may still have been on the fence and reinforce our overall standing alongside our international competitors. It is also very promising to note that the volume and value of wine exports from South Africa are higher compared to the year-on-year figures in 2020 and 2019.”

South Africa is the ninth biggest wine producer worldwide and produces about 4% of the world’s wine. The wine industry contributes more than R55 billion (more than $3.99 billion) to the country’s gross domestic product (GDP) and employs 269,069 people throughout the value chain, of which 80,183 work on farms and in cellars.

Intermittent restrictions on the export and local sale of alcohol in South Africa from March 2020 to February 2021 as part of the country’s national state of disaster resulted in 171.7 million gallons of wine stock at the end of 2020, of which a large portion was not yet contracted.

“With so much stock still in the tanks at the beginning of harvest time, producers and wineries were concerned about processing and storage capacity when taking in the new harvest, many of whom rented additional storage space or restored old tanks,” says Rico Basson, Vinpro Managing Director. “However, the fact that sales reopened, along with the harvest starting later than normal, helped ease the pressure to some extent.” A number of wineries were also able to secure contracts with grape juice manufacturers, which helped work away some of the stock.

“The larger wine grape crop will require careful planning from producers and wineries to sell the current wine stock in a responsible and sustainable way. This situation will, however, also create the opportunity for innovation and growth of existing and new markets,” Basson says.

The weather was moderate in most regions during the post-harvest period, which led to leaves falling later than normal and vines building up good reserves. Producers also had access to sufficient water for post-harvest irrigation.

Winter was colder than the previous season, with much higher rainfall, which replenished water resources and led to sufficient cold accumulation to break dormancy.

The cold and wet weather continued into spring, which contributed to homogenous, but delayed bud break and initial growth. In the coastal region, however, the wetter conditions made the timing of disease control more challenging.

Frost damage occurred in some irrigation areas and it was expected that significant frost damage in the lower lying areas of the Northern Cape and strong winds in the Cape South Coast region would have a notable effect on these crops. Fortunately, the frost and wind occurred at an early enough developmental stage for vines to recover.

Flowering and set were mostly efficient and even, while shoot and leaf growth picked up the pace by the start of November, which necessitated additional inputs from producers to manage the fast and vigorous growth.

Temperatures remained moderate during the summer, which slowed down ripening and resulted in harvest time starting out around two weeks later than normal. Although most wine regions experienced little rainfall during harvest time, there were also almost no characteristic heat waves, and the lower day and night temperatures throughout the season led to producers waiting patiently for grapes to reach optimum ripeness.

Breedekloof
A very late season, characterized by a good balance between yield and quality, as vines developed healthy canopies during a moderate growing season.

Northern Cape
A good wine grape crop in terms of quality and volume, despite challenges in terms of sugar accumulation and load shedding during the peak of harvest time.

Olifants River
A later and cooler season resulted in slow, but even ripening of a somewhat larger and outstanding quality wine grape crop.

Paarl
Good water availability, sufficient reserves and cooler weather contributed to yields equal to that of 2020, which will result in elegant wines.

Robertson
Although it was a long and extended season, the vineyards realized a higher, exceptional quality yield.

Worcester
One of the latest harvests recorded in this region, bringing with it a larger wine grape crop and remarkable wines.

See http://www.vinpro.co.za for the full harvest report per region.