South Beach Tanning to Open its First Location in the Midwest 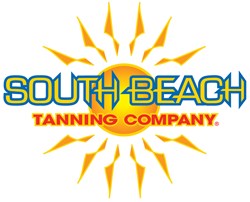 We felt that it would be fun and exciting and bring a higher quality boutique feeling that would be different than anything else offered in the area.

Nebraska is about to get a taste of South Beach. Coming in the fall of 2013, to 2104 Lawrence Lane in Grand Island, Nebraska, is South Beach Tanning Company’s first franchise location in the Midwest. According to Greg and Tanya Stephens, owners of this new South Beach Tanning franchise location, Grand Island is seeing a building boom right now. “We are super excited to be a part of the Shops at Northwest Crossing. The anchor stores are going to draw the customer base that we are catering to. Everyone is so excited for Bed Bath & Beyond, Dress Barn, Shoe Carnival and Men's Warehouse to open, and South Beach Tanning is going to be an exciting addition to this center,” said Tanya.

Greg and Tanya knew they wanted to open their own business, and they wanted to do something different. They decided to go with a franchise as opposed to their own start-up because of the expertise and guidance that is offered by a team of people that have excelled using a proven system. Tanya searched the web to find franchises that currently weren't in the Midwest. “We wanted to do something new and exciting. South Beach Tanning Company caught our eye because of the South Beach vibe that the decor suggests. We felt that it would be fun and exciting and bring a higher quality boutique feeling that would be different than anything else offered in the area,” Tanya said. “We did a lot of research and South Beach Tanning Company seemed to have a great reputation. We liked Brian’s [Hibbard, Founder and President of South Beach Tanning Company] background and work ethic. The fact that none of his locations have closed is very encouraging to us. We also looked at customer feedback and everything was positive,” Tanya continued.

Tanya and Greg have had their own tanning bed in their home for over ten years that Greg has used to treat the symptoms of psoriasis; and Tanya has always enjoyed tanning as a way to look good and feel better, so clearly they see the benefits of tanning—especially in a place like Nebraska, where the temperatures aren’t conducive to tanning more than a couple of months of the year. According to Tanya, “Bringing a little bit of South Beach’s sun to Nebraska is going to be fun, and we are hoping that this will be the first of more to come in Nebraska.”

Greg and Tanya live in nearby Shelton, Nebraska, with their two children, Alexa (14) and Hunter (12), and they say that running this new business is going to be a family affair. “You’ll see the whole family in the salon working to ensure its success!”

ABOUT SOUTH BEACH TANNING COMPANY
South Beach Tanning Company is headquartered in Orlando, FL, and operates salons throughout Central Florida, Tampa, South Florida and Charlotte, NC. Founded by Brian Hibbard, a CPA, South Beach Tanning has been in business since 2003, and at the time of this press release, has never closed a location in its 10-year history. Individuals interested in franchising with the South Beach brand, or existing salons looking to convert to the South Beach brand, should contact their Franchise Sales Director at 855-844-8377 or visit our franchise website.