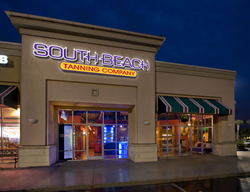 The systems and marketing support offered by South Beach really makes it simple to operate as a passive owner.

“Brian and his team at South Beach are fantastic, I had such a great experience with the first tanning salon conversion that it made sense to buy and convert the Salon in Land-O-Lakes, Said Doefler. “I am in the industry, and have been servicing Brian and his equipment since 2009 when he had only a few salons, and to watch him grow I wanted to be part of the system. The salons and the systems and support offered by South Beach really makes it simple to operate as a passive owner.”

“Ray and I have been associated for years and we were excited to have him join our tanning franchise,” said Brian Hibbard, Founder and President of the South Beach Tanning Company. “We have had a rush of conversion during the past 18 months and continue to experience a lot of upside for the new owners.”

The new franchise location is located at 18915 SR 54 In Lutz, Florida.