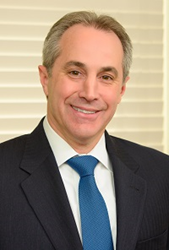 No one is immune to this. That’s the reality of putting your business online today. DDoS attacks are becoming more and more common. If Twitter is vulnerable, anybody is vulnerable.

DDoS attacks are real and the threat is escalating in volume and complexity. In fact, newsworthy attacks are occurring almost every week. According to leading DDoS resource ddosattacks.net:

SOVA President and CEO Gene Esopi explained, “No one is immune to this. That’s the reality of putting your business online today. DDoS attacks are becoming more and more common. If Twitter is vulnerable, anybody is vulnerable.”

In a DDoS attack, the perpetrator infects a random army of as many as 100s of 1,000s of poorly protected computers with malware designed to target a specific network(s). This makes it impossible to prevent or stop the attack by blocking a single IP address. It is also nearly impossible to distinguish legitimate traffic from DDoS traffic. This incoming traffic overwhelms the network and either shuts it down or severely compromises it.

Verizon’s DDoS Shield detects and identifies attacks and helps prevent them from taking down the targeted site. It is a high-capacity DDoS protection service that quickly reroutes malicious traffic to help keep IT resources readily available.

The hybrid, always-on method combines a cloud-based mitigation service with a dedicated, locally deployed, fully managed MSS appliance to detect and allay initial attacks. This allows Verizon to easily move traffic from the MSS appliance to the cloud-based service if an attack is large or complex.

Organizations that tend to get hit the hardest by an attack are: financial services, health and pharmaceuticals, and the public sector. In addition to the lifetime value of lost customers, costs of a DDoS attack can include:


“Verizon DDoS Shield is one of the most exciting tools that SOVA offers its agents,” Esopi said. “One of the reasons it is so effective is that Verizon has enormous DDoS reservoir services—they have significant capacity for filtering DDoS attacks.”