Winning Writers will award $3,000 in prizes for the best stories and essays submitted to its Sports Fiction & Essay Contest. Entries are due at WinningWriters.com by May 31. 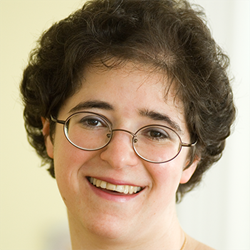 Entries can be about any element of the sports environment—the players, the fans, the owners, the collector of Red Sox bobblehead dolls, the guy who drives the Zamboni—as long as the sports connection is central to the narrative.

It's last call to enter the third annual Sports Fiction & Essay Contest sponsored by Winning Writers. The winners will share $3,000, including two top awards of $1,000 each. The top 12 entries will be published at WinningWriters.com.

This contest welcomes published and unpublished work on themes related to sports, up to 6,000 words per entry. The fee per entry is $16. Enter the contest online by May 31 at https://www.winningwriters.com/sports.

Jendi Reiter will judge this year's contest, assisted by Ellen LaFleche. Ms. Reiter is vice president of Winning Writers and author of the poetry collection A Talent for Sadness (Turning Point Books, 2003) and the award-winning poetry chapbooks Swallow (Amsterdam Press, 2009) and Barbie at 50 (Cervena Barva Press, 2010). In 2010 she received a Massachusetts Cultural Council Artists' Grant for Poetry. Other awards include the 2011 OSA Enizagam Award for Fiction, first prize in the 2010 Anderbo Poetry Prize, second prize in the 2010 Iowa Review Awards for Fiction, and first prize in the 2009 Robert J. DeMott Short Prose Prize from Quarter After Eight.

"For this contest," says Ms. Reiter, "we understand 'sports' broadly to mean an activity involving the competitive pursuit of physical excellence. This naturally includes team sports like baseball, and the one-on-one combat of martial arts, but can also encompass solo activities—weight-training, for instance—where the athlete is striving to exceed a personal best.

"Entries can be about any element of the sports environment—the players, the fans, the owners, the collector of Red Sox bobblehead dolls, the guy who drives the Zamboni—as long as the sports connection is central to the narrative.

"In fiction, we enjoy characters with psychological depth, and details that bring alive the specific time and place of your story. The writer needs to bring a critical eye to the popular culture in which sports are embedded, rather than unthinkingly replicating troublesome ethnic and sexual stereotypes and power dynamics.

"We like nonfiction that engages the emotions as well as the intellect. Scholarly essays, i.e. those that are not purely memoir, should have a clear argument and resolution. Some character-based storytelling interspersed throughout a factual essay can go a long way toward making it less dry.

"The quality of last year's entries was extremely high. We encourage contestants to read the winning submissions."