Popular Dining App Predicted to be Most Valuable in Five Years 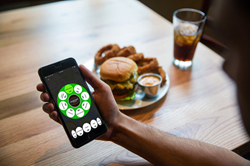 "You shouldn't be paying the same amount for a meal in a restaurant on a rainy Tuesday evening as on a Saturday at 7 p.m. Demand should help establish pricing."

Drumroll, please! And D.C.’s Hottest Tech Company is…. Spotluck. After tens of thousands of votes, the D.C. tech community just voted Spotluck as the DCInno Tech Madness champion. The annual competition pits 64 local tech companies head-to-head in an NCAA basketball-style bracket and asks their community one question: which D.C. tech company will be the most valuable in five years?

The competition is hosted by Streetwise Media’s DC Inno, and is also run in Boston, Chicago, and Austin. The month-long tournament is intended to “generate awareness and excitement for the D.C. tech and startup ecosystem.” It’s been running for 3 years.

This year’s contest began with 160 nominees based in Washington, D.C., Maryland and Virginia, and boiled down to a bracket of 64 companies. The lineup included local tech giants like Blackboard, Opower, Canvas, Mapbox, 2U, Contactually, Ellucian, CustomInk, Cvent, and WeddingWire. In the end, early-stage startup Spotluck was crowned 2016’s hottest tech company. Spotluck provides a platform for restaurants to fluctuate their prices to drive traffic during slower times.

"You shouldn't be paying the same amount for a meal in a restaurant on a rainy Tuesday evening as on a Saturday at 7 p.m. Demand should help establish pricing," says CEO Cherian Thomas. Users take advantage of Spotluck’s preferred pricing via a free mobile app (available on iPhone and Android). Then there’s the spin. The app helps users solve the perpetual “don’t know where to eat” dilemma by using a fun game of chance to award bonus discounts. Spotluck partners with about 350 restaurants in over 25 neighborhoods throughout D.C., MD, and VA, with thousands of users spinning the app every day. DC has a strong tech community and is quickly becoming an international foodie destination.

Spotluck was founded by two successful professionals who took the startup plunge in mid-2014. Cherian Thomas was an executive in the recyclable commodities/manufacturing industry, while Brad Sayler was a corporate securities attorney with a major DC law firm. Together, they launched Spotluck’s app in June 2014. “We focus on the independent restaurant industry which is a $140B marketplace in the U.S alone. Although there are several players in mobile coupons, reservations, loyalty etc. there are none that create a win-win business model where both merchants and users are happy,” says Thomas.

To hear the live announcement of the DC Inno’s Tech Madness 2016 winner, listen to the podcast here.