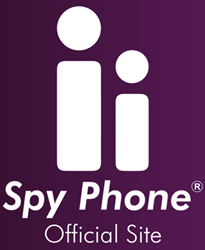 With emerging social concerns such as cyberbullying, text bullying, and predatory outreach becoming more common seemingly by the day, many parents are looking for effective resources for protecting their children. For those wanting to keep close tabs on their children’s smartphone activity, New Jersey-based Spy Phone Labs LLC is now offering Spy Phone ® Phone Tracker, a proprietary software and mobile app option that gives children's parents an additional tool for keeping their children safe. The app helps parents with peace of mind by allowing them to track their children’s Android and IOS cell phone activity and communications content closely and easily, at all times.

Spy Phone ® Phone Tracker is designed for compatibility with the Android smartphone. It is available free of charge, and can be used to monitor activity on up to five Android smartphones or Apple Smart Phones. With this powerful cell phone tracking software, parents can keep a close eye on all of their children’s location via GPS locale transmission. Spy Phone also announces new Panic Button and Lost Phone features that are now built in. There is also a Phone Contacts tracker. The software carefully records all information through a smartphone’s Internet connection. The data can easily be accessed online 24/7 via the Phonetracker.com website and interface.

Smartphones are seemingly everywhere these days, and many children and teenagers are harnessing this modern-day innovation for surfing the web and communicating. Surveys confirm that the average child over six years of age uses a smartphone to interact with family and friends, browse the Internet, play games, and perform other activities. Estimates say that 80% of all children globally access the Internet via smartphones, and a majority of all children across the globe rely upon their smartphones as their main source of Internet connectivity.

Other studies confirm the extent of communication taking place as well, especially among teenagers. An extensive 2010 Nielsen survey of teens found that the average teenager sends over 3,000 texts per month, almost double what adult mobile users were found to send on a monthly basis. With these increased digital communications capabilities have come increased opportunities for social abuse against and phone spying on child mobile users, as well. In the past 10 years, there have been increases in the numbers of children reporting being victims of cyberbullying or text bullying, or being contacted by predators online. In one EU study in 2011, 6% of children aged 9-16 reported they had been bullied through texting, and others in the same age demographics also noted having been abused through email, social media, and gaming chat rooms.

Spy Phone ® Phone Tracker serves as an extra layer of protection against abuse in these areas and more. The software’s GPS monitoring capability also serves as a deterrent against smartphone theft or misplacement, and it uses the smartphone’s storage capacities to save and back-up online recorded data securely. Many users are already finding Spy Phone ® Phone Tracker to be a reliable, effective method for tracking cell phone activity.

Spy Phone Labs, LLC is a New Jersey-based developer of software and mobile app solutions for ensuring children remain protected. Its team is fully committed to designing and creating innovations that harness the power of up-to-date technologies to help families stay safe, healthy, and secure. Spy Phone Labs LLC’s child protection apps have been downloaded millions of times worldwide and are the worldwide leader in phone tracking apps to monitor teens. Online support is available for technical issues and questions.

For more information regarding Spy Phone Labs LLC and the features of its Spy Phone ® Phone Tracker, please visit: https://phonetracker.com.