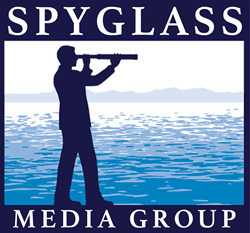 Spyglass Media Group, LLC (“Spyglass”), an independent premium content company carrying the iconic Spyglass brand name, has been formed by Lantern Entertainment Co-Presidents Andy Mitchell and Milos Brajovic and former studio head Gary Barber. Concurrently, global industry heavyweights Eagle Pictures, the largest independent distributor in Italy and Cineworld Group, the second largest cinema chain in the world, have partnered as strategic investors. With this infusion of funding, Spyglass will be uniquely positioned to execute on its business plan to develop, finance and produce premium content for theatrical, network, cable and streaming platforms as well as acquire accretive assets and explore strategic opportunities. Headquartered in Century City, the company will be led by Barber who will serve as Chairman and Chief Executive Officer and oversee all operations. The announcement was made today by Barber, Mitchell and Brajovic.

As a result of the partnership, Spyglass received a majority investment from Lantern Entertainment, an affiliate of Lantern Capital Partners, and is further capitalized with equity investments from strategic partners Eagle Pictures and Cineworld Group along with a substantial financial investment from Barber. Financial deal terms are not disclosed.

Through the venture, Spyglass will own and control all of Lantern Entertainment’s current assets, including a wealth of development projects and more than 250 film library titles, as well as scripted and unscripted television series, such as “Project Runway;” Academy Award winners “The King’s Speech” and “The Artist;” box office hits “Inglourious Basterds,” “Silver Linings Playbook,” “The Hateful Eight,” “Django Unchained” and “Spy Kids,” and genre franchises “Hellraiser” and “Scream.” “The Upside,” starring Kevin Hart, Bryan Cranston and Nicole Kidman was theatrically distributed by STXfilms and hit a major milestone, crossing $100 million domestically. The globally iconic fashion competition television series “Project Runway,” featuring new hosts, supermodel Karlie Kloss and fashion designer Christian Siriano, will return home to its original network for its 17th season when it premieres March 14th on Bravo.

Barber said, “I am excited to partner with Andy and Milos and am grateful for the support of Eagle and Cineworld, who have shown unwavering commitment as we build this preeminent content company.” He added, “There could not be a better time to produce compelling and crowd-pleasing content for worldwide distribution across multiple platforms.”

Mitchell and Brajovic said jointly, “Gary Barber is the optimal leader and partner for this company and we are grateful to launch Spyglass with our new strategic investors at Eagle and Cineworld. Beyond his day-to-day management, Gary’s guidance and expertise will be a fundamental asset for the growth of our company.”

Andrea Goretti, Chief Executive Officer of Eagle Pictures said, “Eagle Pictures and Gary have teamed up on high quality projects for international distribution over the years. It is only fitting that we would expand that relationship and join forces on a strategic partnership for Spyglass. With Gary’s incomparable stewardship, the company’s valuable library assets, Eagle’s strong foothold in Europe and Cineworld’s tremendous worldwide footprint, Spyglass is well-positioned to be a prominent global content supplier.”

Mooky Greidinger, Chief Executive Officer of Cineworld Group said, “We are thrilled to enter into a partnership with Spyglass and strengthen our 30 year relationship with Gary. We are proud to be part of this promising venture and are confident of its success.”

The Spyglass senior leadership team is expanding with announcements to follow soon.

Barber’s career in entertainment spans three decades where he is regarded for taking the reins of Metro Goldwyn Mayer Inc. in 2010 as Chairman and Chief Executive Officer, leading its impressive transformational turn-around out of bankruptcy; restoring the studio’s prominence by revitalizing its film and television businesses; expanding its distribution footprint across traditional and digital platforms and posting successive years of profitability. During his tenure, the company earned approximately $2.5 billion of adjusted EBITDA. On Barber’s watch, the James Bond franchise, produced by Michael G. Wilson and Barbara Broccoli, reached record numbers with the release of its 23rd and 24th installments of the long-running franchise for “Skyfall” and “Spectre,” becoming the highest grossing Bond films of all time. Under Barber’s leadership, the enduring Rocky franchise was revived with “Creed” and the studio’s impressive roster of releases and co-productions included: “The Hobbit” Trilogy, “The Magnificent Seven,” “Me Before You,” “21 Jumpstreet,” and “22 Jumpstreet.” On the television front, Barber greenlit the award-winning and critically-acclaimed scripted drama series “The Handmaid’s Tale” (Hulu), “Fargo” (FX) and “Vikings” (HISTORY). In 1998, Barber co-founded Spyglass Entertainment, the globally-recognized production, finance and distribution company. Well-known for making commercial hits in a wide range of genres, Spyglass Entertainment grossed over $5 billion in worldwide box office to date and amassed more than 34 Oscar® nominations and four wins. Spyglass saw success with such films as “The Sixth Sense,” “Bruce Almighty,” “Wanted,” “Seabiscuit,” “The Vow,” “The Insider,” “G.I. Joe: Rise of the Cobra,” “Star Trek,” “27 Dresses,” “Shanghai Noon,” and “Four Christmases,” to name a few. Prior to Spyglass, Barber served as Vice Chairman and Chief Operating Officer of Morgan Creek Productions and President of Vestron International Group.

Cineworld Group plc is the world’s second largest cinema chain, with 9,518 screens across 790 sites in 10 countries including: the U.S., the U.K., Ireland, Poland, Romania, Israel, Hungary, the Czech Republic, Bulgaria and Slovakia.
Moelis & Company LLC served as the exclusive financial advisor in connection with the transaction. Venable LLP acted as a legal advisor for Gary Barber and DLA Piper served as legal advisors for Lantern Entertainment.

About Cineworld Group
Cineworld Group plc was founded in 1995 and listed its shares on the London Stock Exchange in May 2007. The company has grown through expansion and by acquisition to become the second largest cinema chain worldwide, holding the number one or number two position by number of screens in each of its regions. Cineworld currently operates 9,518 screens across 790 sites in the U.S., the U.K., Ireland, Poland, the Czech Republic, Slovakia, Hungary, Bulgaria, Romania and Israel as of 31 December 2018.