Steven Drexel, Staffing Industry Leader and Economist, Provides Labor Update and Outlook for the Remainder of 2019 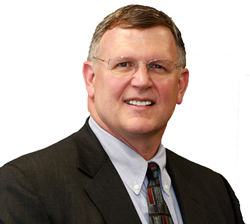 "Job growth, while clearly softer than 2018’s stimulus-aided advance is still respectable and even on par with the 2017 rate of job growth. It is an important metric supporting consumer spending which is the key foundation for continued economic expansion in the United States."

Steven Drexel, Cornerstone Staffing Solutions president and CEO, shares his October 2019 labor market observations following the Bureau of Labor Statistics’ (“BLS”) press releases on November 1 describing The Employment Situation and his predictions on the remainder of 2019. As an economist and seasoned staffing industry professional, Drexel is regularly asked to participate in monthly surveys and discussions that predict key elements of labor market activity.

Drexel says the report was notably better than expected with 128,000 net new jobs created. The unemployment rate edged up one-tenth of a percentage point to 3.6% during October, a welcome movement because it was caused by a robust 325,000-person escalation in the labor force during October. Drexel explains this is encouraging because it suggests that the well of available workers is not yet dry.

“Job growth, while clearly softer than 2018’s stimulus-aided advance is still respectable and even on par with the 2017 rate of job growth,” comments Drexel. “It is an important metric supporting consumer spending which is the key foundation for continued economic expansion in the United States. Remarkably, job growth has persisted now for 109 months which is unprecedented. Overall the Labor Market remains remarkably strong and powerful support for the broader economy.”

Drexel notes that the BLS Employment Situation Report for October left little to complain or worry about. “After beating expectations during October and with sizable positive revisions to August and September, we are in a better place than anyone could have imagined. The labor market remains strong with room to grow in the near term. The unemployment rate is quite low but improving labor force participation provides additional growth opportunity,” he says. Drexel sums up the Report by emphasizing that these factors along with prime-age labor force/employment participation rates and duration of unemployment statistics indicate that the labor market while solid and enduring is not overheating and has room to continue to grow.

The Remaining Outlook for 2019
Drexel provides the following observations of risks and rewards based on previous Employment Situation Reports and other economic factors:

“Over the longer term, labor shortages, trade and political tensions, growing government deficits, and uneven income distribution loom as potentially serious policy challenges. Presuming that trade and political tensions get resolved reasonably soon, the expansion should continue through at least 2020,” Drexel explains. “The American consumer is in good shape. The banking system is healthy. U.S. growth is and will be slower than in 2018 but is still positive.”

More About Cornerstone Staffing
Cornerstone Staffing Solutions is among the largest staffing firms in America and received ClearlyRated’s (formerly Inavero) Best of Staffing® Client Award every consecutive year since 2016. Since 2003, Cornerstone has grown from a neighborhood staffing provider to a national firm that employs thousands of people at hundreds of companies from coast to coast. The Cornerstone family of companies also includes Dallas, Texas-based RightStone (http://www.rightstone.com), and Chicago, Illinois-based Arlington Resources, Inc. (http://www.arlingtonresources.com) and Casey Accounting & Finance Resources (http://www.caseyresources.com). Providing candidate searching and job placement for administrative, industrial, technical, sales and transportation positions, Cornerstone truly is where talent and jobs meet. Visit Cornerstone at http://www.cornerstone-staffing.com.