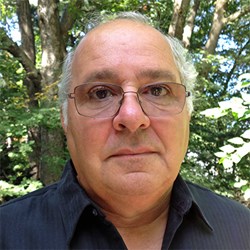 Colantonio's eyewitness report of the fateful attack on the World Trade Center unfolds in terrifying slow-motion.

Winning Writers is pleased to announce the results from the 21st annual Tom Howard/John H. Reid Short Story Contest. Victor Colantonio of Newton, MA won first prize and $3,000 for his essay "Journal Entry September 11, 2001". Over 1,100 entries were received from around the world.

Colantonio's eyewitness report of the fateful attack on the World Trade Center unfolds in terrifying slow-motion. His moment-by-moment realization of the catastrophe wrings dramatic tension from these events, even though the outcome is known too well.

Second prize of $1,000 was awarded to Erin Byrne of Auburn, WA for "Storykeepers". This reverent and well-researched essay is part of her ongoing project to recover the stories of American pilots in Nazi-occupied France and the heroic Resistance members who secretly helped them.

Lady Doreen E. Massey of Lewes, England won third prize and $400 for "She Hath Done What She Could", a poignant story of small-town secrets centered on a mysterious memorial inscription in an old church.

Gwen Angstrom of Rosburg, WA won fourth prize and $250 for "A Mazey Grace", the story of a special dog who restores hope to an elderly couple after the husband suffers a crippling accident.

Most Highly Commended Awards of $150 each were given to Maria Ashworth, Jasmine Belen, Michael Connon, Michael Allonois Peters, Stacie Tomita, and Dana Yeo. The winning stories are published online at WinningWriters.com.

The 21st contest was judged by John Howard Reid with preliminary judging by Dee C. Konrad.

The 22nd contest opens today with a somewhat new name, the Tom Howard/John H. Reid Fiction & Essay Contest. $3,000 will be awarded, and there is a fee of $16 per entry. For the first time, fiction and nonfiction will be judged separately. The top entries in each category will receive $1,000. All styles of stories and essays are welcome. Both published and unpublished work are accepted. Entries are accepted online now through April 30, 2014. For guidelines, please visit WinningWriters.com.

The 22nd contest will be judged by Arthur Powers, who went to Brazil in 1969 as a Peace Corps Volunteer and lived most of his adult life there. Mr. Powers is the author of A Hero For The People (Press 53, 2013) — a collection of short stories set in Brazil — and The Book of Jotham (Tuscany Press), which won the 2012 Tuscany Press Novella Award. He has received a Fellowship in Fiction from the Massachusetts Artists Foundation, three annual awards for short fiction from the Catholic Press Association, and second prize in the 2008 Tom Howard/John H. Reid Short Story Contest for "The Bridge". He is the contemporary editor of CatholicFiction.net.

About the Contest Sponsor
Winning Writers finds and creates quality resources for poets and writers. Our free email newsletter provides over 45,000 subscribers with profiles of the best free literary contests. We sponsor four annual contests of our own: the Wergle Flomp Humor Poetry Contest, the Sports Fiction & Essay Contest, the Tom Howard/John H. Reid Fiction & Essay Contest and the Tom Howard/Margaret Reid Poetry Contest. We are proud to have been selected as one of the "101 Best Websites for Writers" by Writer's Digest for nine years running (2005-2013). Learn more at WinningWriters.com.