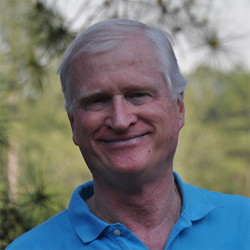 In nonfiction, the 2014 First Prize went to 'How to Fight Like A Girl' by Courtney Campbell—a biting, hard-hitting personal account of a young woman's encounters with sexual predators in our modern society. Campbell's approach and style are brilliant.

This contest welcomes published and unpublished work, up to 6,000 words per entry. The entry fee is $16. Entries are accepted from any country. Submit entries online by April 30 at https://www.winningwriters.com/tomstory.

Arthur Powers returns as the final judge of the contest, assisted by Lauren Singer. Mr. Powers is author of A Hero for the People (Press 53)—a collection of short stories set in Brazil—and The Book of Jotham (Tuscany Press), which won the 2012 Tuscany Press Novella Award. He has received a Fellowship in Fiction from the Massachusetts Artists Foundation, three annual awards for short fiction from the Catholic Press Association, the 2014 Catholic Arts & Literature Award for adult fiction, and second prize in the 2008 Tom Howard/John H. Reid Short Story Contest for "The Bridge". He is the contemporary editor emeritus of CatholicFiction.net, judge of the 2015 Dappled Things JF Powers Short Story Contest, and serves on the board of The Raleigh Review.

In the previous contest, 1,028 participants were judged by Arthur Powers with assistance from Lauren Singer. Mr. Powers shares his thoughts below:

"Judging the 2014 contest has been a big job, but a pleasant one. Selecting the winners was a challenging task, but I believe that they represent the very best from among the many, many good entries we received.

"In fiction, First Prize goes to 'Drawing Water' by Jeremy Kamps, a wonderfully written, moving story about two sisters in rural Kenya. The author captures a sense of Kenya—the story takes us into the culture, experiencing tribal life from the inside, so that we empathize with the vividly portrayed human relationships.

"Among the Honorable Mentions, Atossa Shafaie's 'Growing Pains' also takes us inside another culture; it tells the story of an immigrant Iranian girl finding her identity in a country foreign to her parents. Peggy Schimmelman's 'Gerontophobia' is a finely crafted story, with a twist worthy of O. Henry. Greg Wright's 'Where Nothing Ever Happens' is a truly unique and intriguing philosophical sci-fi work that zeroes in on the meaning of 'nothing'. 'Roommates' by Linda Heuring focuses on how, especially when we are young, we tend to label people as weird without fully understanding them.

"Judging is blind—I did not know the identity of the authors. When judging was completed, I discovered that two of the stories I placed in the Honorable Mention category are by Deb Elkink. So Ms. Elkink, who is a fine writer, receives two Honorable Mentions: for 'Wet', the story of a hardened young woman going home to British Columbia to care for her mentally-challenged brother, and 'Thaw', a story of a young North American woman rediscovering, through a visit to Turkey, how important her own faith roots are to her.

"In nonfiction, First Prize goes to 'How to Fight Like A Girl' by Courtney Campbell—a biting, hard-hitting personal account of a young woman's encounters with sexual predators in our modern society. Campbell's approach and style are brilliant. She draws the reader into her story, allowing us to experience her shame, frustration, and anger, yet maintains a distance that gives the piece a critical objectivity, increasing its impact.

"Honorable Mentions for nonfiction include Lisa Rehfuss' 'He's Coming For Me', a suspenseful first-person narrative set in Atlantic City; Frank Light Jr.'s 'What To Do', an account by a former Peace Corps Volunteer in Afghanistan who returns there with the Army as a development officer; and Mia Herman's 'Leap of Faith', in which a young Orthodox Jewish woman reflects on the problem of pain. The Honorable Mentions are rounded out with a very funny essay about the dating scene: 'Born-Again Anthropologist' by L. Lanser-Rose.

"Many of the submissions we received were polished stories and essays, but many others needed work. Common problems included awkward wording, failure to maintain the voice or tone of the narrative, characters who needed further development, and endings that were rushed or poorly developed. Some entries had grammatical errors, confusions of tense or point of view, or suffered from over-use of clichés. But most of the entries showed potential—the possibility that, with a little more work, a fine story could be crafted. The teacher in me reaches out to all of you—and especially those who were listed among the finalists—to encourage you to reread your work, get good critiques, and keep writing."

Winning Writers was founded in 2001 by Adam Cohen and Jendi Reiter to provide expert literary contest information and resources to the public. In addition to the Tom Howard/John H. Reid Fiction & Essay Contest, it sponsors the Wergle Flomp Humor Poetry Contest, the North Street Book Prize for Self-Published Books, and the Tom Howard/Margaret Reid Poetry Contest. Learn more at WinningWriters.com and join our 43,000 followers on Twitter at @winningwriters.