Strobes Security continues to add key advisors to board. Garrett will be instrumental in building a successful channel. 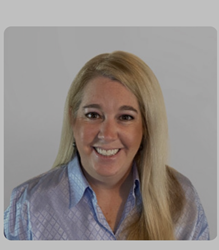 Strobes Security believes in building a strong partner ecosystem and Garrett having two decade-plus experience in cybersecurity channels & alliances, will be a great asset to the company

Strobes Security is honored to add Kimber Garrett, channel veteran and one of CRN’s 2022 Channel Chiefs to the advisory board. With over 20 years in security channel sales, Garrett fills the missing link needed to help effectively build out the GTM Channel Strategy for Strobes.

Garrett comes to Strobes from Imperva where she built out the indirect channel business in North America and created and executed their distribution model. Garrett coached and led a team of seasoned channel account managers who delivered over $20M revenue in year one. Prior to Imperva, Garrett was with Axis Security where she advanced the channel with their Work From Anywhere (WFA) concept. She expertly created and launched a GTM channel strategy and program that increased growth 400% in the first year, as well as aggressively launched the AWS marketplace with the support of tackle.io.

Garrett is energized to work with Strobes. She explained, "I am thrilled to be an advisor for their GTM Channel Strategy. The company's eagerness to transform the vulnerability management landscape is impressive. Their expertise in developing and refining the process for vulnerability management and transforming it into a seamless and effective platform that identifies vulnerabilities and efficiently resolves the findings is essential. The speed at which Strobes develops and implements feature requests is unparalleled. The customization of asset risks and priority scoring is just one key differentiator to their closest competitor. Disrupting this landscape will be exciting and challenging. With the launch of their new channel strategy, program details and tech alliances announcement, Strobes’ goal of disrupting this space is just around the corner."

Venu Rao, CEO and Co-founder Strobes Security is excited to have Garrett on the executive leadership team. “Strobes Security believes in building a strong partner ecosystem and Garrett, having two decade-plus experience in cybersecurity channels & alliances, will be a great asset to the company. I am pleased that she will lead the partner enablement network program."

Garrett joined the board on Jan 12th and is already making a significant impact.