The firm is actively filing Stryker Rejuvenate and ABG II lawsuits on behalf of those who have suffered metallosis, premature device failure, and other serious complications allegedly related to the 2012 recall of the metal-on-metal hip devices. 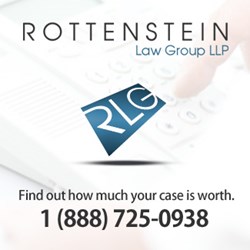 The firm is actively filing lawsuits on behalf of those who have suffered from side effects allegedly related to the 2012 recall of the metal-on-metal hip implant devices.

Courts consider consolidations of cases with common cause for suit to make pretrial proceedings more cost-effective and efficient.

Stryker hip lawsuits are moving along in New Jersey Superior Court in Bergen County. Recently, a July 26 Case Management Order called for the addressing of a number of concerns, including the selection of Stryker lawsuits for mediation and the methods for discovery, according to court documents. The Rottenstein Law Group LLP, a metal-on-metal hip law firm, notes that this type of order is typical in consolidations of lawsuits.

An additional order issued on Aug. 3 was the Interim Stipulative Protective Order, which applied to the protection of trade secrets, such as the design of the hip implants, during the document discovery proceedings, according to court documents (In Re Stryker Rejuvenate Hip Stem and the ABG II Modular Hip Stem Litigation; MCL-296, Bergen County Superior Court).

“We are pleased that these lawsuits are moving forward,” said Rochelle Rottenstein, principal of the Rottenstein Law Group LLP.

In addition to the New Jersey case consolidation, a federal case consolidation was formed in June. The Judicial Panel on Multidistrict Litigation ordered the formation of a multidistrict litigation, according to court documents (In re: Stryker Rejuvenate and ABG II Hip Implant Products Liability Litigation, MDL-2441, U.S. District Court for the District of Minnesota).

“When these Stryker hip implant lawsuits were consolidated, it was not to create a class action, as some might assume,” Rottenstein said. “Courts consider consolidations of cases with common cause for suit to make pretrial proceedings more cost-effective and efficient.”

The Stryker Rejuvenate and ABG II hip implant devices have been under U.S. Food and Drug Administration scrutiny, owing mostly to one alleged adverse side effect, “metal poisoning,” or “metallosis.” According to the FDA,* metal ions could enter into the patient’s bloodstream because of friction between the devices’ metal parts. This could lead to potentially severe health problems.

The Rottenstein Law Group LLP represents clients in Stryker hip implant lawsuits. The firm encourages those who believe they have suffered from either the Rejuvenate’s or ABG II’s alleged side effects to visit the firm’s FAQ page to quickly learn more about Stryker side effects and lawsuits.