Study on Immigrant-Owned Businesses Benefitting U.S. Economy Highlights Importance of Having an Immigration Attorney, says The Law Offices of Henry A. Posada

Los Angeles-based immigration firm The Law Offices of Henry A. Posada comments on a recent article that an attorney can make the legal process much easier for immigrating entrepreneurs by helping them understand the intricacies of immigration law. 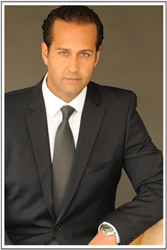 In reality, essentially every facet of the U.S. economy sees significant contributions from immigrants — both in labor and as business owners.

A September 8 article on Knowledge@Wharton reports on the beneficial economic contributions of immigrants in the United States. While the article notes that there may be some truth to the thought that immigrants create surplus labor in specific markets that drives competition, a major economic benefit of immigrants comes from those who create companies on U.S. soil. For example, one of the article’s prime case studies follows Elon Musk, who created over 50,000 jobs and brought $4.1 billion into California’s economy in 2017. The article suggests that any labor surpluses created by immigrants are overshadowed by immigrant entrepreneurs' propensity to create jobs across virtually every sector of the economy. Los Angeles-based immigration attorney Henry A. Posada echoes the article’s findings that immigrant entrepreneurs have a positive effect on the U.S. economy.

Mr. Posada says that the one-sided myth that suggests immigrants only participate in the general labor force is simply not true. He notes that, in reality, essentially every facet of the U.S. economy sees significant contributions from immigrants — both in labor and as business owners. Immigrant-owned businesses are practically everywhere in culturally diverse Southern California, he adds, and the notion that these businesses do not create jobs, pay taxes, or otherwise contribute to the economy doesn’t add up. Mr. Posada also notes that a large number of the patents filed in the US have belonged to immigrants.

The Los Angeles attorney says that for most people immigrating to California or the United States, the end goal is to take advantage of the economic opportunity that is available here. Mr. Posada says that this is a tradition that has been embedded in the United States for centuries, often for the betterment of the country as a whole.

That opportunity, however, is coated with many layers of immigration law that can be very difficult to successfully navigate without professional assistance, he says. The lengthy and complicated process often requires that applicants have an intimate understanding of the various forms of legal immigration, such as lawful permanent residency, naturalized citizenship, or various types of visas. Mr. Posada notes that naturally, the role of an immigration attorney is to make this process as seamless as possible, without jeopardizing the applicant’s status.

Interested readers can learn more about the Law Offices of Henry A. Posada by visiting the firm’s website at https://www.hposadalaw.com or by calling (562) 904-9080.