Business traveler helps save the life of 25-year-old victim of sudden cardiac arrest at Philadelphia International Airport by giving him CPR for 15 minutes. Case provides important lessons for the public during National Sudden Cardiac Arrest Awareness Month in October. 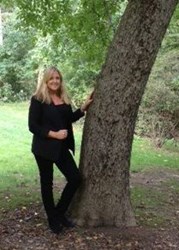 Don't be afraid to try CPR. Your actions can only help. Just do something!

Sue Hostler arrived at the Philadelphia International Airport in late August to catch a flight home to Pittsburgh, PA. A frequent business traveler, she knew her way around the airport and ran to get on an elevator in a remote area used for commuter flights. A young man entered the elevator before her, but the doors closed before she could join him. When she hit the “up” button and the doors reopened, she was stunned by what she saw. There he was, face down, not moving, an apparent victim of sudden cardiac arrest.

Without hesitation, Sue started digging in her purse for her cell phone to call 9-1-1. It was 3:04 pm. As she put the phone on speaker mode, Vivian Nolan, from Unadilla, NY, came by. Working together, the two women turned the tall young man over.

Sue immediately started CPR, a lifesaving technique she had learned long ago. She began to push on the center of the victim’s chest, following the dispatcher’s guidance to compress twice a second, while waiting for professional help to arrive.

Meanwhile, Vivian kept onlookers at bay, staking out a post near the curb to guide emergency personnel to the scene. A medical crew finally arrived at 3:21 pm, exactly 17 minutes after Sue had placed the 9-1-1 call. They used their defibrillator to shock the victim’s heart back to a normal rhythm.

Sue heard from the young man’s mother, Mary Hallinan, of Broomall, PA, the next day. Mary could not have been more grateful. The day Bob, 25, nearly died was her birthday. He had sent her a Facebook message only minutes before he collapsed.

For the next five days, Bob was in a medically induced coma, being treated with mild therapeutic hypothermia. Then, an internal defibrillator was implanted. Fourteen days after his cardiac arrest, he was discharged home from the hospital, neurologically intact. “He’s eating and texting,” said Mary. “Things are getting back to normal.”

Fortunately, Sue had the stamina to keep going, even though professional help was delayed. “It was disturbing to me that the 9-1-1 operator could not identify our location,” said Sue. “I later discovered there are about 100 AEDs (automated external defibrillators) at the airport. If the dispatcher had told me where the closest one was, I could have asked someone to retrieve it."

Sue hopes her experience will help raise awareness about the fact that sudden cardiac arrest can happen to anyone of any age at any time—and it’s up to the public to help save more lives.

First, she said, it’s important to learn CPR and how to use an AED. Then, if an emergency does occur, bystanders need to get involved. “Don’t be afraid to try CPR,” said Sue. “Your actions can only help. Just do something!” Even if bystanders don’t actually care for the patient, they can still help, she said. “You may not feel comfortable doing CPR, but you can call 9-1-1, you can run for an AED, you can flag down emergency responders.”

Deciding to help was the only option Sue ever considered. “I knew that young man would die if I did nothing.”

Sue also has a message for communities and government agencies. First, she said, “AEDs should be everywhere.” Second, labels warning that AEDs are “for use by trained personnel only” should be removed. Third, the public should recognize that good faith efforts to help others are protected by Good Samaritan legislation.

When asked if she thinks of herself as a hero, Sue said, “Absolutely not. Heroes are people who risk their lives for others—people like the 9-11 first responders. The only thing I risked that day was missing my flight.”

About that flight. The passengers heading to Sue’s destination had boarded, but due to a sudden thunderstorm, the flight was delayed. As a result, Sue was able to make her flight after all. And as she approached her destination, she was greeted by a giant rainbow. More...

To learn how to save a life, click here.

The Sudden Cardiac Arrest Foundation is a national community benefit 501(c)(3) organization dedicated to raising awareness about sudden cardiac arrest and saving lives. Programs include educational campaigns for secondary schools and colleges and the Sudden Cardiac Arrest Network, an online community that provides peer support and opportunities for survivors and family members to participate in awareness, advocacy, and research initiatives. For information, contact info(at)sca-aware(dot)org.