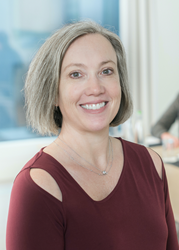 Hicks is a proven technical leader with 20 years of broad experience in diverse industries utilizing biotechnology to produce small and large molecules in food & beverages, flavors and fragrances, pest control, and pharmaceuticals.

Sugarlogix, a bioengineering company creating functional oligosaccharides with health benefits, today announced the appointment of Paula Hicks as its new Chief Technology Officer (CTO). In her new role at Sugarlogix, Hicks joins the senior management team and is charged with developing its overall strategy for using technological resources with immediate plans to scale operations and manufacturing.

Hicks is a proven technical leader with 20 years of broad experience in diverse industries utilizing biotechnology to produce small and large molecules in food & beverages, flavors and fragrances, pest control, and pharmaceuticals. Before joining Sugarlogix, Hicks was at Evolva for more than seven years, most recently as the Senior Vice President of Technology in the Commercial Team. While at Evolva, Hicks had vital leadership roles in commercializing products such as stevia, vanillin, and nootkatone.

Before Evolva, Hicks’ experience ranges widely from startups to large corporations. She was one of the early employees and built the R&D strategy at Abunda, a startup later acquired by Evolva. Hicks spent the first nine years of her career at Cargill, Inc., where she was a Principal Scientist in the BioTechnology Development Center. Her passion for developing creative and efficient technologies to take products to commercialization is what led her to Sugarlogix.

“Sugarlogix’s novel technology to utilizing yeast to produce HMOs (human milk oligosaccharides) and the technology’s relative maturity immediately impressed me,” said Hicks. “The impact of delivering yeast-produced HMOs to the infant nutrition market is colossal, and I look forward to participating in this opportunity.”

“We are thrilled to appoint someone of Paula’s caliber as our CTO. Having her on our team prepares us well for Sugarlogix’s next stage of growth in scaling up, commercialization, and expansion of R&D operations,” said Sugarlogix Co-Founder and CEO Chaeyoung Shin.

“Paula is among a very select group of people with a deep track record of developing novel fermentation routes for several highly innovative food ingredients. With this appointment, Sugarlogix continues to strengthen its position as the leading player in yeast-based HMO development,” said Sugarlogix Board Chair, and Former CEO of Evolva, Simon Waddington.

About Sugarlogix
Sugarlogix, whose mission is to create functional sugars with health benefits, is a bioengineering company that makes human milk oligosaccharides (HMOs) for infant nutrition. HMOs are the fiber-equivalents in human breast milk that play crucial prebiotic functions in babies' guts. Sugarlogix' novel HMO-producing technologies offer safe and affordable HMOs for babies without access to breast milk.

Founded in 2016 and led by Co-Founder and CEO Chaeyoung Shin, Sugarlogix is headquartered in Oakland and is financially backed by 8VC, Berkeley Catalyst Fund, and SOSV and private investors. For more information, visit http://www.sugarlogix.com or follow us on LinkedIn, Facebook, Twitter, and YouTube.