Fans raved for Sarantos last song inspiring him to compose and release his 4th song “I Love To Love You Too”. This fun summer dance track has a pop dance appeal that is sure to get the fans dancing all summer long. 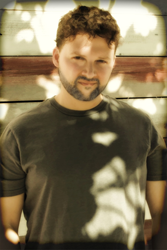 This fun dance track has a pop dance appeal that is sure to get the fans dancing all summer long.

Yes, the eagerly awaited dance/pop song that fans got a sneak peek into and raved about has now been released! Sarantos veers into a summer dance mood with this new track “I Love To Love You Too” which was released on April 1st, 2014. The music video will be released one week later on April 8th, 2014.

Chicago’s very own music artist has been gaining followers ever since his first song debut back in January 2014. Recognized for his popularity and accomplishments, Sarantos was invited to perform at the Canadian Music Week in Toronto, Ontario this year! Of course, Sarantos accepted.

Internationally, the buzz has continued to spread and Sarantos music has received over 450,000 radio airplays. His fan list continues to grow exponentially.

Sarantos' has a strong motivation with his musical passion to raise money for charity. 33% of any music-related sales profits are going straight to charity. For “I Love To Love You Too”, Sarantos has chosen the American Heart Association.

“This is a really cool dance song about a man who wants to prove his love by getting out on the dance floor and showing off his stuff,” says Sarantos “He is shy though. He is a man, which means he doesn't really dance. But he will for his girl because he just loves to love her too!”

The social media realm has continued to embrace this rising star. In addition to the attention of over 310,000 fans on Facebook and 1M Twitter followers, Sarantos has now done many radio interviews throughout the world. All this commotion started when his 1st song “Not Where I Wanna Be” was released worldwide on January 2nd, 2014.

Sarantos strives to inspire people with his songs and lyrics. Music is always on his mind and Sarantos has written over 2,000 songs. Sarantos' music has received rave reviews so far from industry insiders, and he relishes this chance to pursue his lifelong dream.

Sarantos unique sound has been best described by industry insiders as "An emotionally powerful vocal style masterfully united with music that is a fusion of classic 80s rock blended with modern soft rock and pop music!"

Sarantos has always been inclined to help people in need and is proud to launch this CD as a way to donate a significant portion of proceeds to charity, hopefully inspiring other artists to do the same. The 11 charities chosen for each album song include American Lung Association, Make-a-wish Foundation, American Heart Association, St Jude's, Hellenic Academy, ASERF, American Red Cross, Children's Hospital of Chicago, Chicago Medical School, Thanioton Society & the Cystic Fibrosis Foundation.

The website, Melogia (which in Greek means "with words") was established by Sarantos, an aspiring singer and song writer.