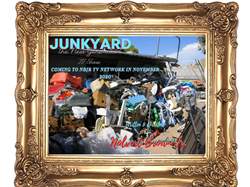 The variety available to subscribers is abundant with more to come! Currently, there's the Christian Grace Praise Station, featuring Pastors from around the world. Coming soon is the Broadway station featuring stage plays and the boxing channel.

On the Christian Grace Praise Station:


You can view NBJr TV Network on these platforms for just $14.99 a month. Roku, Amazon Firestick, Apple TV, all smartphones and of course nbjrtvnetwork.com.