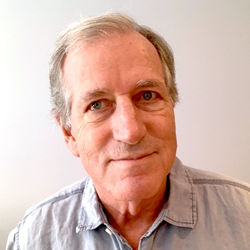 Michael’s expertise will be key to our mission of creating the global quality standard by which used vehicles are measured at the point of sale.

SureSale, the award-winning platform for quality used vehicles, today announced that veteran automotive product innovator, Michael Rose, will join the company as Vice President of Product Development. Michael joins the company’s growing team as it focuses on expanding SureSale’s platform to help auto dealerships validate more of their used car inventory, offering peace of mind to used vehicle purchasers. Michael joins the company from TrueCar where he served as Vice President of Product.

“No one knows or understands the automotive digital space – and the intricate relationship between consumer, auto dealer and OEM – better than Michael Rose,” said SureSale Co-founder and President Jeffrey Schwartz. “He has been on the digital frontlines since the first vehicle image was posted on a website and, from Autobytel to Google to TrueCar, he has been ahead of the curve when it comes to developing products for our industry. Michael’s expertise will be key to our mission of creating the global quality standard by which used vehicles are measured at the point of sale.”

SureSale provides independent and franchise dealers with a turnkey inspection program and technology that enables them to validate the quality of more of their used vehicle inventory, earning consumer trust, while meeting and exceeding the needs of shoppers who want to “be sure” about their used vehicle purchase. The SureSale platform helps to facilitate a more socially distanced purchasing process, and includes mobile vehicle inspections, as well as VIN specific data, including vehicle history, all presented through SureSale’s industry-leading, proprietary Factfile™. Each vehicle that uses the SureSale platform also benefits from VIN level digital marketing and point of sale merchandising support. Founded by automotive and technology entrepreneurs, Jeffrey Schwartz and Donny Hall, SureSale recently received the 2020 Gold Stevie® Award for Innovation of the Year.*

“I could not be more impressed with the SureSale team and the innovative way they are addressing a huge gap in the automotive landscape. The SureSale platform could not be timelier, nor more critical, to our industry as consumers increasingly opt for used vehicles and digital retail is accelerating,” said Michael Rose. “I am excited to join forces with Jeffrey, Donny and the SureSale team to help auto dealers, and our industry, better meet this shift, while also providing significant benefit to today’s used vehicle consumer.”

Michael is charged with helping the company further tap into the used vehicle market, expanding its proprietary vehicle quality standard platform, its distribution into franchise and independent dealerships across the country, and its partnerships with key automotive brands, product providers and indirect lenders.

Michael began his automotive career at the dawn of the Internet as Director of OEM and Portal Products at AutoWeb and as SVP, Lead Management at Autobytel. Since then he has continued as an innovation driver, working in product development roles for Google, eBay Motors and, most recently, TrueCar. In addition, through his consulting firm, his deep understanding of digital automotive, operations, and lead generation, has helped multiple large and small companies understand the space they are operating in and to make the connections, analysis, and decisions needed to successfully enter or expand in a market.

About SureSale
Founded and led by a team of automotive/tech innovators, SureSale has created the gold standard for quality used vehicles. Delivered through the industry’s first, and only, independent inspection platform, SureSale bridges a major auto market gap to meet demand for inspected, high-quality pre-owned vehicles among the US’ 40 million used car buyers. SureSale’s award-winning platform, which is supported nationally by the SureSale brand, offers franchise and independent dealers across the US a turnkey program and technology that enables them to validate more of their used vehicle inventory. Each SureSale vehicle comes with an independent inspection and a Factfile™ vehicle report, the single source of truth on the past history, present condition and future assurance of a used car. SureSale is based in Santa Monica, CA. Visit http://www.suresale.com for more information.