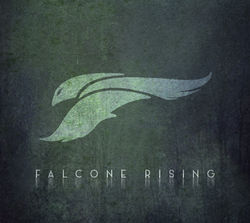 Just know it's never too late to have a compass change of your fate.

Falcone wears many hats — mostly a surgeon's cap during the day and a baseball cap at night. A husband and father of three, Falcone serves as a general, vascular, trauma and cancer surgeon at Owensboro Health Regional Hospital in Owensboro, Kentucky. But the most defining event of his life wasn't helping cure a patient of her breast cancer, or saving a child that was bleeding to death after a car accident. It wasn't being his high school valedictorian, or getting married, or even having children. He will quickly tell you that the most defining moment was publicly declaring that Jesus was his savior when he was baptized in 2018 at 38 years of age.

“I had lost hope,” says Falcone. Despite his successful career in the medical field, he thought it was too late for him to be saved. “I was wrong. And with a new heart and as a new creation, I have found the true meaning of hope."

And with his salvation secured, the surgeon quickly found an outlet for his lifelong interest in music. Falcone started singing at a young age, performing opera and playing piano, guitar and trumpet, including a stint as the first chair in the 1997 New York All-State Symphonic Band under Anthony Maiello.

“FALCONE RISING is a music-based ministry,” says Falcone, whose rock style was heavily influenced by his favorite band, Metallica. “Our mission is to help fulfill the Great Commission by using music to lead others to Jesus. We bring life to Bible verses through alternative/rock music. The songs are honest, and tell a personalized story of my conversion from a lost sheep to a saved person.”

Adds Falcone, "Just know it's never too late to have a compass change of your fate."