Producer and host of the Swedenborg Foundation’s flagship YouTube program Swedenborg and Life Curtis Childs will travel to join other internationally renowned science and spirituality thought leaders such as Gregg Braden and Bruce Lipton in London, England where they’re set to speak at The Conference for Consciousness & Human Evolution August 25-27, 2017. 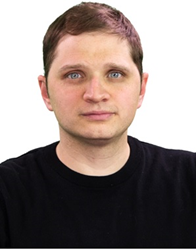 Childs’ presentation will explore how eighteenth-century scientist Emanuel Swedenborg’s spiritual experiences can help explain some of the more confusing aspects of consciousness and enhance the study of psychology.

The Swedenborg Foundation’s Curtis Childs will travel abroad to speak at The Conference for Consciousness and Human Evolution. His presentation, titled “The Origin of Thought”, will take place on August 27, 2017 at the conclusion of the three-day international conference where authors, scientists, philosophers, and spiritual seekers will converge to explore the mysteries of life.

Childs’ presentation will explore how eighteenth-century scientist Emanuel Swedenborg’s spiritual experiences can help explain some of the more confusing aspects of consciousness and enhance the study of psychology. Can spirits in the afterlife affect how we think and feel? Are individuals part of a collective psyche? These questions and more will be explored during the program.

As the creator, producer, and host of Swedenborg and Life, a spirituality and faith-focused program broadcast throughout the world each week on the offTheLeftEye YouTube channel, Childs is keenly poised to speak to an international audience about Swedenborg and his contributions to the studies of science, humanities, spirituality, and mysticism.

The offTheLeftEye YouTube channe l has accumulated more than 9 million lifetime views and over 50,000 subscribers since its 2010 creation. Childs has appeared on numerous spirituality-themed talk shows and podcasts, and has had his content featured on the Dr. Oz Show. He works with a dedicated team at the non-profit Swedenborg Foundation to uncover the union of love and wisdom in all aspects of life—and share their findings with the world.

About offTheLeftEye and Swedenborg Foundation:

offTheLeftEye is a YouTube channel with a spiritual reality show at its core and a universal message of goodwill for all viewers. Creator, producer, and host Curtis Childs started the channel in 2010 to find out if the divinely inspired philosophies of eighteenth-century scientist and spiritual teacher Emanuel Swedenborg would resonate with a twenty-first-century audience. He first produced a series of short videos that laid the groundwork for the channel’s extensive body of content. In 2012, he joined the Swedenborg Foundation, a non-profit educational organization, because of their mutual interest in sharing Swedenborg’s altruistic views with the world.

In 2014, Childs and a team of writers, digital artists, and videographers on a quest to become “spiritual physicists” set off to create a video series that would become their flagship program—Swedenborg and Life. The weekly webcast seeks to explore and unite what is often separated in fields of study and in humanity: mind and soul, love and wisdom, thoughts and actions. They accomplish this multi-part endeavor by balancing faith-based concepts with evidence-based research with the help of subject experts such as best-selling author of Life After Life, Dr. Raymond Moody, as well as accomplished scientists, psychologists, and theological scholars. This diverse group of contributors lends a depth of perspective when the show tackles intense questions about God and life that organized religions often ignore or struggle to explain.

Since the show's inception, almost 200 episodes have been broadcast every Monday at 8:00 p.m. ET from a production studio in Montgomery County, PA. Today, the channel has 50,000+ subscribers comprised of people from various religious and non-religious backgrounds in countries throughout the world who want to find common ground and meaning in complex social settings. The team was fortunate to have one of their first and most popular videos, "You Are the Lungs," aired during a segment of The Dr. Oz Show in February 2017. The video effectively depicts how the rational and emotional properties of the physical and spiritual realms can converge inside of each person. It encapsulates the driving force behind the team’s mission: To be of service to the world by uniting knowledge and love with action.