Tanya Payne’s newly released “The Black Rose” is an action-packed thriller that finds a dangerous serial killer on the loose in Salem.

“The Black Rose” from Christian Faith Publishing author Tanya Payne is an exciting novella that finds a young woman faced with an unexpected mystery that unfolds shortly after moving to Salem at Halloween. 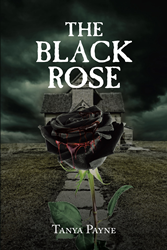 “The Black Rose”: an enjoyable crime fiction that will engage the imagination from the first page. “The Black Rose” is the creation of published author Tanya Payne.

Payne shares, “It was 1984, October 21, ten days before Halloween. Salem, Massachusetts, would never be the same. One young girl from Salem High School took it upon herself to solve as terrifying a crime as she would ever face. What she discovered was beyond her worst nightmare.

“The horror began on the night of October 20. The first body was found next to an old abandoned church. The body was of a young woman. She had been beheaded, probably from being accused of witchcraft, and next to the decomposing body lay a black rose. But what did it mean?

“Two more young girls vanished the next night. Their bodies were also found next to old abandoned churches. They were also beheaded, and a black rose was left beside each body. There was a serial killer at work.”

Published by Christian Faith Publishing, Tanya Payne’s new book is an exciting and enjoyable thriller that will have readers racing to see who could behind the gruesome crime scenes.

Payne shares a captivating narrative within the pages of her flagship novella.

Consumers can purchase “The Black Rose” at traditional brick & mortar bookstores, or online at Amazon.com, Apple iTunes store, or Barnes and Noble.

For additional information or inquiries about “The Black Rose,” contact the Christian Faith Publishing media department at 866-554-0919.