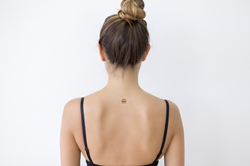 Taopatch is the future of medicine. Its combination of acupuncture and light therapy brings the body back to its natural state of balance. It has the power to shift humanity into a permanent state of wellbeing.

Today, Taopatch, a wearable nanotech patch, launches on Indiegogo to bring restorative non-chemical relief and wellness to the North American market. After selling more than 250,000 units in Europe and enjoying active promotion by a network of more than 1,800 doctors, it was time to expand.

People live in ways that aren’t aligned with how we’re naturally supposed to live. From hours in front of screens to habits of overworking and overmedicating that lead to stress and mental cloudiness, people are in need of relief.

Taopatch offers a non-chemical solution to physical, mental and emotional imbalances. It is a patented and licensed Class 1 medical device in Europe that harnesses the ancient practices of acupuncture while leveraging cutting-edge technology and light therapy to help the body naturally reset and rebalance. Taopatch converts body heat into light and sends it to the nervous system. This process resets the communication between the nervous system and the rest of the body leading to a variety of desired results. Taopatch can be used to treat a range of ailments including joint pain, neuromuscular pain, PMS and more. When applied to specific acupoints, Taopatch can also reduce stress and anxiety, improve focus, and help with athletic performance and recovery.

“Albert Einstein once said that future medicine would be the medicine of frequencies,” said Fabio Fontana, founder of Taopatch. “Taopatch is the future of medicine. Its combination of acupuncture and light therapy brings the body back to its natural state of balance. It has the power to shift humanity into a permanent state of wellbeing.”

Since its creation in 2013, Taopatch has been the subject of double-blind research studies for ailments including postural issues and multiple sclerosis. A study published on HEGEL by the Institut National de l'Information Scientifique et Technique found that significant improvements in posture control, range of motion and general well being in multiple sclerosis patients were recorded after three months of testing, and improvements were maintained in a follow-up after one year. Studies surrounding posture control in healthy individuals also found benefits after using Taopatch.

Taopatch contains layers of nanocrystals called Quantum Dots. These are 10,000 times smaller than human hair and are photosensitive. Each Taopatch ranges from 190 to 650 signals and frequencies that have been proven to promote health, wellbeing and overall balance.

Taopatch is waterproof, washable and comes with hypoallergenic adhesives for application. Each patch will last two years with regular or constant use. It is available to pre-order starting at $99 by visiting pr.go2.fund/taopatch.

About Taopatch
Taopatch was created by Italian Biomedical researcher Fabio Fontana in 2013 after a life-threatening accident left him with debilitating headaches, restricted movement and chronic pain. After trying every treatment option conventional medicine suggested, Fontana created Taopatch. Taopatch’s mission is to transform symptom-focused pharmaceutical medicine into biophysical medicine. By combining the ancient medicinal discipline of acupressure with cutting edge technological treatments in light therapy and nanotechnology, Taopatch is the solution of the future. For more information, visit http://www.taopatch.co.