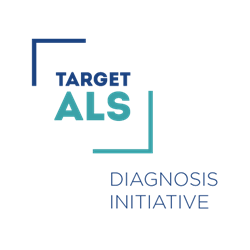 We are now at a juncture where reliable biomarkers are an increasingly acute need. We look forward to the contribution of these consortia in this search, which could greatly improve the lives of ALS patients.

Target ALS announced today the grantees receiving funding for new projects focused on ALS biomarker discovery and development, resulting from a call for proposals issued in the spring. In accordance with the requirements of the Target ALS grantmaking process, collaboration between academic investigators and the pharma/biotech industry was required to apply. This funding builds on $5 million in grants awarded to projects earlier this year, in collaboration with The Association for Frontotemporal Degeneration (AFTD) targeting applicable treatments and biomarkers for both ALS and FTD.

“Listening to what our scientific community needs to advance their work, and responding with innovative approaches and resources is how we help exponentially advance ALS research,” said Target ALS CEO, Manish Raisinghani, MBBS, Ph.D. “We are now at a juncture where reliable biomarkers are an increasingly acute need. We look forward to the contribution of these consortia in this search, which could greatly improve the lives of ALS patients.”

Four projects were selected by the Target ALS Independent Review Committee based on their potential to advance ALS biomarker discovery and development. A brief overview of each newly funded project is provided below.

The members of the selected consortia receiving funding are:

These grants will be awarded as one of three key pillars within The Target ALS Diagnosis Initiative, a $15 million comprehensive effort to discover ALS biomarkers that Target ALS announced last week. This research initiative is the first of its kind — developed in response to the input of over 100 scientists and other thought leaders, who universally identified ALS biomarkers as a critical unmet need to diagnose the disease early, track its progression and provide reliable measures for new treatments.

The grantees will also have open access to all of the tools and resources made available through the organization in order to inform and advance their work, including human biosamples, genomic datasets, and stem cells. For a full list of scientific resources, click here.

The Target ALS Diagnosis Initiative will also include a five-year natural history study, as well as a Biofluid and Genomics core that will exponentially improve the access to, and impact of, human biosamples on research. This new core is the eighth in a suite of resources offered by Target ALS to scientists worldwide with no strings attached.

The accumulation of abnormal forms of the Transactive Response DNA-Binding Protein (TDP-43) is a prevalent feature of amyotrophic lateral sclerosis (ALS). Although pathological TDP-43 can be detected in brain tissue post-mortem, current bioassays are insufficient to quantify these species in patients, limiting their ability to accurately diagnose and track disease progression. Leveraging its proprietary SupraAntigenTM technology platform, AC Immune has generated a range of highly specific TDP-43-binding antibodies that are designed to reliably and non-invasively quantify neuropathological forms of TDP-43 in biofluids from people living with ALS. The grant will accelerate development of these novel antibody-based tests into robust assays suitable for use in ALS clinic and trials. Planned studies under this grant will evaluate the ability of AC Immune’s antibodies to identify ALS, correlate with disease evolution and predict clinical progression.

AC Immune’s expertise in molecular diagnostics and the biochemical and clinical expertise of the Healey Center for ALS at Massachusetts General Hospital will significantly facilitate the development and validation of these new assays. This collaboration will ensure progress toward establishing biomarkers helpful in diagnosis and staging of ALS.

The altered protein homeostasis is a common pathogenic theme across major neurodegenerative disease. The discovery of TDP-43 cytoplasmic aggregates occurring in neurons and glia cells as the central pathological hallmark in ALS and FTD led to a flurry of investigations designed to clarify how TDP-43 aggregation drives neuronal loss. However, cells with cytoplasmic aggregates invariably exhibit nuclear clearance of TDP-43, suggesting the possibility that loss of TDP-43 function could underlie cell death in ALS-FTD. Subsequent studies suggest that the loss of TDP-43 functions and signaling are closely involved in disease processes.

Extracellular vesicles (EVs) are nanosized lipid vesicles released by cells in all tissues and contain proteins and RNA cargo that reflect their cell of origin. Isolation of Neuron-Derived Extracellular vesicles (NDEs) from the blood is an innovative liquid biopsy option in neurology, with a high potential to generate novel diagnostic, prognostic, monitoring and pharmacodynamic biomarkers in ALS.

The partners to this consortium have already demonstrated that the protein cargo in the NDEs of sporadic ALS patients is different from controls and could potently be utilized for accurate diagnosis. The goals of this consortium are to: Expand and finalize the biomarker signature measured within isolated NDEs; provide a better resolution to the correlation between the NDEs’ cargo, postmortem brain and induced pluripotent stem cells derived neurons from the same individuals; and test the biomarker signature in a larger patient population.

Neurofilaments (NFs) are key cytoskeletal proteins that regulate axon integrity and have immense potential as a biomarker for neuronal injury and neurodegenerative disease. In particular, neurofilament light chain (NfL) and phosphorylated neurofilament heavy chain (pNfH) have emerged as promising CSF and serum biomarkers for ALS based on the ability of ELISA-based methods to discriminate ALS from both healthy controls and disease mimics. Studies also suggest that NF concentrations may correlate with disease severity and survival.

However, existing immunoassay methods are unable to discriminate between alternative isoforms or post-translational modifications that may occur in the disease state. In contrast, high-resolution proteomic analyses can uncover disease-specific modifications such as truncations or chemical modifications that may better reflect disease characteristics. For instance, a proteomic approach used by Dr. Randall Bateman to examine tau in Alzheimer’s disease (AD) determined that phosphorylation at specific sites, such as ptau 217 or ptau 181, preferentially occurs in AD, correlates with pathology, and is an early, strong predictor of disease onset that outperforms total tau levels. This collaboration proposes to characterize the native isoforms of NF in CSF and blood of ALS and controls with mass spectrometry to identify novel disease-specific isoforms and evaluate their prognostic capability and performance as pharmacodynamic markers.

ABOUT TARGET ALS
Target ALS is a 501(c)(3) medical research foundation committed to the search for effective treatments for Amyotrophic Lateral Sclerosis (ALS), also known as Lou Gehrig’s disease. We envision a world in which no one dies of ALS and play a unique role in the battle against this disease. Founded in 2013 by former New York City deputy mayor Dan Doctoroff — who lost both his father and uncle to ALS — our approach is breaking down barriers and silos that previously inhibited research results. We do this through our Target ALS Innovation Ecosystem, which facilitates unparalleled collaboration between researchers from academia and the pharma/biotech industry. The Target ALS Innovation Ecosystem has revolutionized the field in just seven years through collaborations that have resulted in the first potential treatments since ALS was identified in 1869.

To date, the Target ALS Innovation Ecosystem, which launched in 2013 and set the groundwork for The Target ALS Diagnosis Initiative, has yielded 175+ research projects, 12+ therapeutic targets and five clinical trials, to date.

ABOUT THE TARGET ALS DIAGNOSIS INITIATIVE
Target ALS launched the first-ever comprehensive effort to discover ALS biomarkers — The Target ALS Diagnosis Initiative — through which the organization will invest $15 million in collaborative grantmaking and the development of new scientific resources. The initiative was developed in response to input from over 100 scientists, patients, caregivers and other thought leaders. They universally identified ALS biomarkers as a critical unmet need to diagnose the disease early, track its progression and provide reliable measures for new treatments.