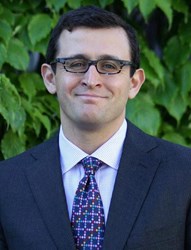 Without consent, robocalls to are illegal under the Telephone Consumer Protection Act. Now it's clear that consumers who initially provide their number may revoke their consent to be robodialed down the road.

Calling it "a major leap forward in consumer protection against unwanted robocalls," TCPA attorney Sergei Lemberg (http://www.do-not-call-complaints.com) applauded the Third Circuit Court of Appeals' ruling in Gager v. Dell Financial Services (No. 12-2823, 3-11-cv-02115). The appellate court reversed a lower court's ruling, saying that consumers can revoke their consent to receive robocalls on their cell phones. In addition, the court ruled that debt collection robocalls to cell phones fall under the purview of the Telephone Consumer Protection Act. According to Lemberg, "Without consent, robocalls to are illegal under the Telephone Consumer Protection Act. Now it's clear that consumers who initially provide their number may revoke their consent to be robodialed down the road."

In its opinion, the Third Circuit summarized the case, noting that the consumer had provided Dell with her cell number in lieu of her home phone when she applied for a line of credit. Subsequently, in the process of collecting the unpaid debt, Dell left pre-recorded messages on her voicemail. Although the consumer wrote to Dell asking them to stop calling her, Dell continued to use an automated telephone dialing system to call her cell phone about 40 times over a three-week period. When the consumer sued Dell under the Telephone Consumer Protection Act's provision banning certain automated calls to cell phones, she argued that she had withdrawn her consent to receive robocalls when she sent the letter to Dell. The district court granted Dell's motion to dismiss her claim.

The appellate court's opinion stated that the lower court held "that Gager could not revoke her prior express consent for three reasons. First, the court concluded that the lack of language in the TCPA providing for 'post-formation revocation of consent' weighed in favor of finding that no such right exists. Second, the District Court held that, although Gager was entitled to give 'instructions to the contrary' as to whether Dell could use an automated telephone dialing system to call her, those instructions had to be 'provided at the time [she] . . . knowingly release[d] her telephone number' to Dell. Finally, the District Court determined that, because calls regarding debt collection are not subject to the TCPA and because Dell's calls were for debt collection purposes, Gager failed to allege a violation of the TCPA."

According to Lemberg, the appellate court addressed two issues. "The Third Circuit had to decide whether the TCPA enables a consumer to revoke his or her prior express consent to receive robocalls, and whether there are any limits on when a consumer can revoke consent." The court ruled that, while the TCPA does not expressly grant consumers the right to revoke consent, in 2012 the Federal Communications Commission issued a ruling that endorsed a consumer's right to revoke consent and indicated that "there is no temporal limitation on when a consumer may revoke her prior express consent."

According to Lemberg, the leap in consumer protection is grounded in this portion of the appellate court's opinion: "Although the TCPA does not expressly grant a right of revocation to consumers who no longer wish to be contacted on their cellular phones by autodialing systems, the absence of an express statutory grant of this right does not mean that the right to revoke does not exist." Lemberg said, "This ruling is common sense. A consumer who provides a contact phone number can't have agreed to receive robodialed calls for life."

Lemberg, who was named the "most active" consumer attorney of 2012 by WebRecon LLC, concluded, "The court reiterated that debt collection robocalls to cell phones are illegal. This ruling goes far in ensuring that consumers will not be harassed by debt collection agencies using autodialers and robocalls."

About Lemberg & Associates, LLC
The attorneys at Lemberg & Associates, LLC represent consumers in Fair Debt Collection Practices Act, Telephone Consumer Protection Act, and lemon law cases, among others. Sergei Lemberg can brief you about the Fair Debt Collection Practices Act, remedies available to consumers who are victims of debt collector harassment, and other relevant issues.