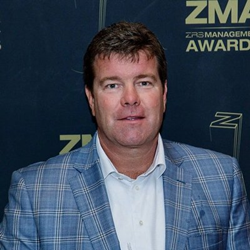 “I could not be more excited about the opportunity to lead this team, in such a dynamic industry. As a former customer, I’ve been closely watching IDScan.net’s growth over the past five years.” said Slattery.

New Orleans-based technology company, IDScan.net is pleased to announce the hire of Terry Slattery as Chief Executive Officer. His appointment comes after an extensive selection process by the Board.

“Terry made a lasting impression on the Board with his vision, positivity, and track record of successful company exits,” said Andrey Stavnovnov, CTO and Chairman of the Board. “We are confident he is the right leader to lead us into the next phase of IDScan.net.”

Slattery is a technology executive with an extraordinary track record of success. He most recently served as the CEO of CheckpointID, an ID verification platform for the real estate industry. CheckpointID leveraged IDScan.net’s ID scanning and parsing technology, making Slattery intimately familiar with the IDScan.net business model and team. CheckpointID was sold to private equity-backed MRI Software in October 2020. Prior to CheckPointID, Slattery spent 30 years leading ForRent.com, which was sold to the CoStar Group (NASDAQ: CSGP) in 2018.

“I could not be more excited about the opportunity to lead this team, in such a dynamic industry. As a former customer, I’ve been closely watching IDScan.net’s growth over the past five years. Their technology and innovative approach to software partnership played a critical role in scaling and selling my previous business,” said Slattery. Jim Burke, who served as EVP at CheckpointID will also be joining the IDScan.net team in a senior executive role. “Our top priorities are technical innovation and organizing the business for growth. Jim’s operational experience is key to rapidly scaling the business.”

Slattery will replace Denis Petrov, who founded the company in 2009, and will continue on as a member of the Board of Directors. IDScan.net remains privately owned, self-funded, and profitable. The company has differentiated itself in a crowded identity verification landscape with a flexible product suite and best-in-class ID authentication. Partnerships in key verticals such as cannabis, real estate, and financial services, have driven rapid growth. Additional key hires and technology launches are expected to follow Slattery’s appointment in early 2023.

About IDScan.net
IDScan.net is the leading AI-powered identity verification platform focusing on age validation and fraud reduction for high compliance industries. We have enhanced digital and physical environments for more than 6,500 customers including IBM, Shell, AMC Theaters, Trader Joe’s, and Circa Casinos. For more information, visit http://www.idscan.net.