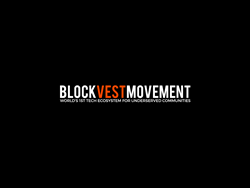 The pandemic has shown the world the persisting vulnerability in underserved communities, but it could serve as a blessing in disguise to galvanize people to collectively change it. This platform will begin to form the connections so individuals see what can be done when they come together as one.

BlockVest Movement, an innovative technology startup company, has launched the world’s first tech ecosystem for underserved communities. The platform provides a collaborative space for virtual community organizing, eCommerce, and collective decision-making to create and fund self-sustaining projects in communities with a long history of structural and systemic income inequality. Societal issues such as COVID-19 rates and deaths, police violence and incarceration, as well as job and income losses impact communities of color at higher rates. Research has supported that economic improvement in communities facing disproportionate structural harm is the key to lasting recovery. The premise is based on the idea that when given the right tools and resources, communities can solve their own problems.

BlockVest Movement provides a secure tech platform for community members to organize and discuss their greatest needs and democratically vote on projects to address those needs. Participants can then form an eCommerce shopping center within the app featuring small businesses in the community. A percentage of all goods and services sold would be placed into a fund creating a cycle of self-sustaining reinvestment into the community to help break the cycles of poverty and inequities that prevail in underserved areas. BlockVest Movement’s data analytics are designed to track currency circulation in participating communities.

“The COVID-19 pandemic has been devastating socially and economically, but disproportionately so in historically underserved and African-American communities,” said BlockVest founder and CEO Michael Roberts. “Many small businesses in these areas have been forced to close their doors.”

“Underserved communities have not experienced the true essence of capitalism the way other communities have realized it; that's why BlockVest Movement is focusing on these communities," added company COO Andrew Hill III.

Roberts is a veteran in the field of technology with more than a decade of experience in FinTech and educational startups with roles ranging from application development to vice president to investment banking tech at JPMorgan. The idea for BlockVest Movement was formed while pursuing his M.S. in Computer Science in Chicago. He realized that the key wasn’t inventing new technology but rather tapping into the innovative ideas of members of the community. He nurtured that seed of an idea through a startup accelerator program growing to the official launch.

Through BlockVest Movement, Roberts seeks to shift the focus from only the individual in business to the collective. Efforts such as community gardens and land trusts share the vision of bringing people together to put their ingenuity, energy, and resources into solving problems in a structured, scalable way that reaches critical mass to effect impactful outcomes across the country.

“The pandemic has shown the world the persisting vulnerability in these communities, but it could serve as a blessing in disguise to galvanize people to collectively change it,” said Roberts. “This platform will begin to form the connections so individuals see what can be done when they come together as one.”

BlockVest Movement is launching to invite-only beta testers from historically underserved communities and is currently seeking to onboard additional communities to join the inaugural group. Individuals nationwide who have a passion for sparking change in their neighborhood may reach out via blockvest.com/contact.

BlockVest Movement, LLC is the world’s first technology ecosystem for underserved communities. Founded in 2019 by tech innovator Michael Roberts, the company provides a platform for online community ecosystem development through virtual community organizing, eCommerce, and democratic decision-making to create and fund self-sustaining projects in underserved communities. The company’s impetus is to demonstrate that every community has the tools it needs to thrive and to help create a path for communities to drive their own destiny. BlockVest Movement is headquartered in Dallas, TX and serves underserved communities across the country. For more information, visit http://www.blockvest.com and connect via social media on Twitter and Instagram @blockvest_mvmt.