17 games, including three Wrestling games, will be available in the iiRcade store at launch 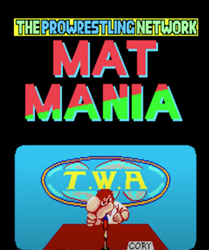 We’ve had many requests for Technōs Japan’s games, especially their Wrestling games, and we’re thrilled to bring their classic 80s and 90s games to our platform

iiRcade Inc., the ultimate connected arcade machine for gamers of all ages to own and play their favorite retro and modern arcade games at home, is pleased to announce the addition of 17 popular Technōs Japan titles that are officially licensed by Arc System Works will be coming to the iiRcade platform.

The game titles, which are owned by Arc System Works and which will be available in the iiRcade store at launch, will include three popular Wrestling titles: Tag Team Wrestling (Arcade 1983), Mat Mania Exciting Hour (Arcade 1985) and Mania Challenge (Arcade 1986) along with 14 other titles that include:

“We’ve had many requests for Technōs Japan’s games, especially their Wrestling games, and we’re thrilled to bring their classic 80s and 90s games to our platform,” said Jong Shin, founder & CEO of iiRcade. “We’re adding three Wrestling games along with 14 awesome games that our iiRcade community will love.”

The new home arcade system features a growing library of 200+ licensed modern and retro games, both online and offline. Unlike other arcade devices, iiRcade is not limited to a few pre-loaded games, new games can be purchased and downloaded via the iiRcade store and software upgrades will also be made available to the platform.

iiRcade enables playing nostalgic retro arcade games as well as breath-taking modern games transformed into arcade games, and both online and offline multiplayer gaming, on a premium arcade cabinet. iiRcade allows for cinematic arcade gaming experiences via 19” High Definition display, 100W Dual Stereo Speakers, premium arcade controllers and the hardware and software that are optimized for gaming. iiRcade also has modern features built-in, such as WiFi 5, Bluetooth 4.2 and HDMI Out, that bring the arcade experiences to the modern world.