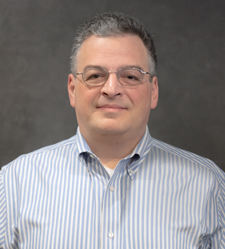 "Tecta’s depth of experience in the industry is second to none," said Dave Reginelli, President and CEO of Tecta America.

Commercial roofing company Tecta America announces the promotion and addition of key leaders and changes among the leadership team as part of a long-term succession plan.

“Dave will be an excellent leader for the Company. He has a deep understanding of our business, has a great reputation with our operations across the country, and has been instrumental in our success for many years,” said Mark Santacrose, who will remain as the Company’s Executive Chairman. “I look forward to working with Dave and our terrific leadership team during this transition, as well as my ongoing focus on our strategic acquisition strategy.”

Todd Stugelmayer has been promoted to Chief Operating Officer. Todd was promoted to VP Operations in 2017 as part of the Company’s long-term planning. Previously, Todd was the Operating Unit President of the Dakotas’ operations.

Jeff McMenamy will continue with Tecta as the VP of Operations. He will have a significant role with several of Tecta’s operating locations and critical support of the Company’s acquisitions, large project opportunities, and the training and development of our most valuable resource, our people.

Marc Benson has been promoted to Chief Financial Officer. Marc joined Tecta in January as Senior Vice President, Finance, and Accounting. Marc was previously a VP with Moelis & Company, a leading New York investment bank. Prior to Moelis, Marc was a Commander in the U.S. Coast Guard.

Dave Reginelli commented, “Tecta is an exceptional company in so many ways. We are fortunate to have successors such as Todd and Nicole fully trained and ready to take on the challenges of our times. Similarly, we are fortunate to attract top talents such as Marc and Chad, to our organization. Lastly, we are privileged to have seasoned executives who know the business, such as Mark, Jeff, and Lindy, who remain with us in important roles after carefully executing well-thought-out transition plans. Tecta’s depth of experience in the industry is second to none.”

Tecta America is redefining what’s possible in the roofing industry, and its employees are an essential part of their growth. The Company is proud to welcome these new additions to its team of experts.