On-demand corporate reward cards will be available in bulk. 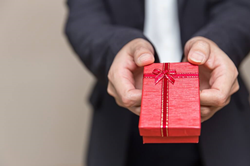 Companies can order gift cards in bulk for employee or client rewards.

“This is unheard of in our industry. In the time of Amazon Prime, we are leading the pack and providing a much-needed service,” commented Jason Wolfe.

Telos Gifting, LLC announced they will now be able to produce on-demand Mastercard Gift and Reward cards for its clients. This certification with Mastercard is a huge step forward for the company as it provides a competitive edge for corporate reward and loyalty gift cards. In prior weeks, Telos also announced its integration and partnership with the Qolo payments hub as an on-demand processor.

No stranger to the gift card industry, Telos Gifting, LLC is owned by the former founder of GiftCards.com, Jason Wolfe. He and the team at Telos have over 20 years of experience in the gift card space. Their on-demand fulfillment center which once operated for 10 years under GiftCards.com will be able to print, pack, and ship reward cards within 24 hours.

Much time and effort have gone into preparing the facility which will include new Datacard MX 6000 machines, brand new inserters, personalization equipment, and sanitized packaging capabilities.

With Qolo and the Global Vendor Certification Program with Mastercard, Telos Gifting platforms, Perfectgift.com and GiftYa can take a corporate bulk order of Mastercard customized cobrand cards at 3:00 p.m., print them by 4:00 p.m. and have them shipped out to arrive at clients at 8:00 a.m. the next day. “This is unheard of in our industry. In the time of Amazon Prime, we are leading the pack and providing a much-needed service,” commented Jason Wolfe.

More information on Telos Gifting can be found here.

About Telos Gifting, LLC
Headquartered in Pittsburgh, Telos Gifting occupies the building at 495 Mansfield Ave in Greentree, Pennsylvania. Telos Gifting, LLC, owns and manages PerfectGift.com, GiftYa.com and GiftCardGranny. Telos Gifting was formed in 2019 by Wolfe, LLC a fin-tech incubator, to re-enter the gift card market after selling GiftCards.com in 2016.