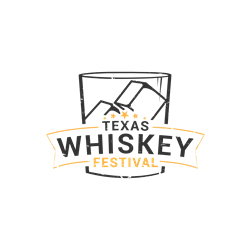 The success of this project has set the stage for future unique blends that will become the hallmark of the Texas Whiskey Festival.

The first distillery collaboration blend in the history of Texas Whiskey involves Balcones Distilling in Waco; Ironroot Republic in Denison; Andalusia Whiskey Co in Blanco; and Crowded Barrel Whiskey Co in Austin. Each distillery collaborated in more than a dozen initial blends – which were tasted, tasted, and tasted some more – leading to a round of the final-4 blends, and eventually to the final blend.

After resting and allowing the whiskeys to “marry” together, 3 different proof versions were created and sent to each distillery. From there, the blend was proofed-down over time and allowed to rest prior to bottling. The bottling process totaled just 1,200 – 375ml bottles. It will be available on Friday, April 19th, exclusively through the Crowded Barrel Website and distillery.

The Texas Whiskey Festival takes place April 19th, at the Star Hill Ranch near Bee Cave Texas. The event provides a casual and informative opportunity for whiskey enthusiasts to meet Texas’ master blenders and distillers, while enjoying an evening of food, entertainment and cigar pairings designed to complement the craft whiskey brands showcased at the event.

About the Texas Whiskey Festival
The mission of the festival is simple: To help promote and enhance the brands of the many great distilleries throughout Texas. Along with promotion, we want to educate whiskey lovers about the many top-of-the-line whiskeys being produced in our great state - and we’re doing it all while having fun, drinking great whiskey, and building memorable experiences. As an organization, we know that Texas has some of the best distilleries and whiskeys in the world. The Texas Whiskey Festival is an opportunity to showcase that. For more information, please visit: https://txwhiskeyfest.com.