TextRecruit, Industry’s Leading Recruitment Communication Software, Ends Year With Over 1,000 Customers, Including 50 of the Fortune 500, While Winning Multiple Awards 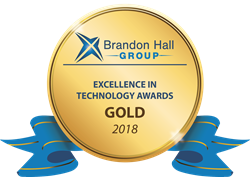 “Today’s talent shortage means that if an employer can’t offer people a fast and easy job application experience they will get left in the dust,” said Erik Kostelnik, Co-Founder and CEO of TextRecruit.

TextRecruit, the leading recruitment software for text messaging and chat communication, and automation through artificial intelligence, announced significant customer growth and the winning of multiple technology awards in 2018. Since its founding four years ago, TextRecruit has helped employers make it easier for job seekers to apply, qualify, and schedule interviews for openings, enabling organizations to win the war for talent despite unemployment reaching a 49-year record low.

Three of the five largest global mail and logistics companies leveraged text message recruiting with TextRecruit in 2018, with one sending out over two million messages in order to recruit 120,000 new holiday employees. Five of the twenty largest U.S. fast-casual restaurant chains are now using TextRecruit as well, with one rolling it out across its 2,408 U.S. locations so that diners can text-in to apply to jobs from in their stores.

TextRecruit also won multiple awards in 2018, including Gold for Best Advance in Mobile Talent Acquisition Technology at the Brandon Hall Awards in December, and Most Innovative Mobile Solution at the TATech Recruitment Service Innovations Awards (ReSI’s) in September, as recognition for this year’s product work. This marked the second consecutive year that TextRecruit was honored at the TATech ReSI’s.

Employers within the United States have now used TextRecruit to message over 8% of the U.S. labor force. That includes approximately 80 million messages exchanged between recruiters and job seekers to date with over eight million new messages being sent each month.

“Today’s talent shortage means that if an employer can’t offer people a fast and easy job application experience they will get left in the dust,” said Erik Kostelnik, Co-Founder and CEO of TextRecruit. “The need for faster hiring has made text message and chat more essential than traditional communication channels like email or phone calls, which are getting flooded with SPAM.”

TextRecruit also launched ARI (or Automated Recruiter Interface) this year as the first hybrid chatbot, which allows recruiters to automate recruiting tasks like screening, answering questions, and scheduling, or reply to job seekers themselves. Employers can monitor ARI’s behavior at all times, and if ARI ever has trouble answering a question the conversation can be passed to a human recruiter.

“Recruiters and job seekers both value their time and as a result are pursuing an on-demand recruiting experience where interviews can be scheduled 24/7,” said Jed Danner, Co-Founder and CTO of TextRecruit. “Speed is of the essence, but people also want transparency into what recruiting chatbots are saying and connect human-to-human if needed. That’s the value of having a hybrid chatbot that can deliver the best of both worlds.”

About TextRecruit: TextRecruit is candidate and employee engagement platform that uses text messaging, live chat, and artificial intelligence to help employers hire better people, faster. It's the first and only platform to centralize all talent communication, allowing recruiters and HR to manage relationships with their talent throughout the entire employee lifecycle. For more information, follow us at @TextRecruit, on LinkedIn, or at http://www.textrecruit.com.

TextRecruitTextRecruit being used on a laptop to manage candidate conversations