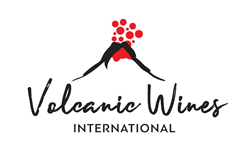 Volcanic Wines International (VWI, https://www.volcanicwinesinternational.com/) and John Szabo, Master Sommelier and award-winning author, are proud to announce the diverse producers and regions participating in this year’s International Volcanic Wine Conference (IVWC), representing Chile, France, Germany, Greece, Italy, Portugal, Spain and the United States. The conference will be held at The Stewart Hotel (https://www.stewarthotelnyc.com/) in New York City on Wednesday, June 5th and will be open exclusively to qualified wine trade and media, featuring in-depth regional-focused seminars and a walk around tasting.

“I’m especially excited about this year’s expanded Volcanic Wine conference. We’ll be welcoming several new regions into the fold, and many new wineries, and exploring the latest releases from the volcanic universe’s best,” John Szabo, MS said. “On top of that, we have some fascinating workshops lined up, and I’ll be revealing my latest research into what identifies volcanic wines with distinguished professor of chemistry, Benoît Marsan, Ph.D.”

The IVWC will consist of a full-day of educational programs and tastings, led by experts in volcanology and volcanic wine production. The conference will begin with an opening session titled, "Saltiness: Defining Minerality in Volcanic Wines”, presented by Professor Benoît Marsan from the University of Quebec- Montreal and John Szabo, MS. Leading winemakers and academics will host in-depth regional workshops, sponsored by the Soave Consorzio, the Vesuvius Consorzio and Winebow; as well as a Grand Tasting of wines from volcanic regions around the world.

Ciro Giordano, President of the Vesuvius Consortium shared, “The archaeological excavations of Pompeii, Herculaneum, Oplonti, the Roman farms, the Gulf of Naples with views of Capri and Sorrento, the Railway Museum of Portici Pietrarsa, the Coral of Torre del Greco, these are the signs of the millennial culture of Vesuvius and all closely intertwined with the history of our wine production. We are excited to take attendees through this journey during the seminar.”

“Volcanic regions are producing some of the most interesting wines in the world, and this event presents an opportunity to taste why in a uniquely focused way, “ Chris Stone, Washington State Wine VP of Marketing & Communications commented. “Washington State’s history is rich in volcanic influence, and we are reminded as such with Mt. Adams, Mt. St. Helens, Mt. Rainier, Mt. Baker and others majestically standing guard every day, so it would be a mistake to not be included amongst the other world-class regions at this event. We’re excited to take part, and even more excited to share some fabulous volcanic wines from Washington State!”

Lea Desprat, Export Director for Desprat Saint Verny said, “In Auvergne, volcanism is a central theme for tourism and economy in our French region, as our vineyards are located on the largest and oldest volcano in Europe. The image and notoriety that this event brings will benefit the promotion of our wines globally.”

About John Szabo, MS
John Szabo is a Toronto-based author and wine critic, and in 2004 was the first Canadian to add the Master Sommelier credential to his name. He was named ‘Canada’s best-known sommelier’ in Meininger’s Wine Business International, and he is a partner and a wine critic for WineAlign.com and freelances widely. In addition to Volcanic Wines, Salt, Grit and Power, his book titles include Pairing Food and Wine for Dummies and Sommelier Management. John also works as a restaurant consultant, and speaks and judges internationally, when he’s not making a few dozen bottles of wine from his vineyard in Eger, Hungary.