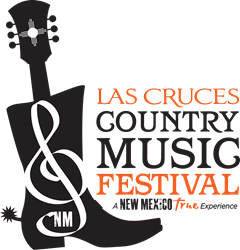 The venue is located near downtown Las Cruces, with a unique national monument backdrop: the Organ Mountains-Desert Peaks National Monument is a stunning, one-of-a-kind mountain range that is a staple of New Mexico scenery.

Developed by Visit Las Cruces, the city’s Convention and Visitors Bureau, the festival provides a signature annual event for visitors from around the country to join locals in a genuine southwestern celebration. Festival and music lovers are encouraged to explore, experience, and discover Las Cruces this October and see what it is that makes this place like no other. Las Cruces is easily accessible by way of I-10, I-25; a short non-stop flight from all major southwestern cities; or a single connection from most of the US and Canada to El Paso, just a 45-minute drive from the City of Crosses.

Festival passes start at $35 for individual days, Weekend festival passes are $70, and VIP Passes cost $150, which includes access to the VIP party and VIP parking on Friday and Saturday. Sunday Funday adds a family focus, and features live music, the Giddyup Gallop, a 5K and 10K fun run; a horseshoe tournament; and a petting zoo and kid’s play area, guaranteeing fun for the whole family. Visit http://www.LasCrucesCountryMusic.com for more information about the festival and to purchase tickets.

Nestled in southern New Mexico’s Mesilla Valley between the Rio Grande River and Organ Mountains, Las Cruces boasts a rich history of western legends such as Billy the Kid and Pat Garrett. Las Cruces also has increasingly close connections to space tourism as the gateway to New Mexico and the United States’ first commercial spaceport, Spaceport America; an Annual Space Festival; and a full-size replica of Virgin Galactic SpaceShipTwo. Las Cruces partners with several aerospace companies including Virgin Galactic, Boeing, and NASA. The city blends a unique variety of such special events, attractions, culture and historical sites, as well as superb weather, with 350 days of sunshine per year. For more information on all Las Cruces has to offer, go to http://www.visitlascruces.com or contact Visit Las Cruces at (575) 541-2150.