The Acquisition Of Twitter And The Events That Followed [DesignRush Spotlight]

Elon Musk just bought Twitter for $44 billion. DesignRush looked into the events following the acquisition and identified all the key details. 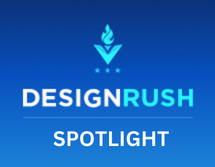 Elon Musk officially acquired Twitter for $44 billion on October 27. Following the takeover, he announced his plans to charge $20/month, or $240/year, for verified users which invited cybersecurity threats.

Cybercriminals launched a phishing campaign to gain access to Twitter users’ personal data through a fake website disguised as a Twitter Help form. Information on the number of affected users has yet to be released, including the extent of the damages.

As a result, the implementation of these verification changes was postponed. And since many users were seemingly not ready to deal with the turbulent changes, some started migrating to Mastodon, a decentralized social media platform.

Read more about the acquisition and all the events that followed in these Spotlight news features: