The Addiction Recovery Network proposes effective solutions to the fentanyl crisis spreading across Canada, and calls for the government to act and make funding available to private treatment centres across the country. 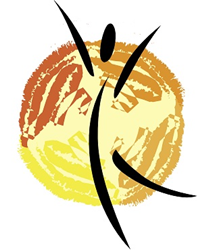 The Addiction Recovery Network treatment organization is at the epicenter of the fentanyl epidemic spreading across Canada. Their front-line experience provides unique insights into the crisis, and an opportunity to propose educated, realistic and effective solutions to address the problem.

When synthetic Fentanyl arrived on the streets in 2015, dealers were quick to market their product as top-rate. They offered free samples, inviting would-be customers to test a newly-created batch. They provided top-notch customer service. Soon, business was booming.

The rapidly-growing demand for the powerful drug, often described as 100 times more powerful than morphine, has racked up a staggering death toll across Canada in last 2 years. One dealer's recorded fentanyl sales reveals that they sold nearly 400 grams of the high-potent synthetic opiate, enough to make roughly a hundred thousand pills.

Drug markets on the web aren't new either, this drug and others are being sold online and shipped by regular mail but despite fears over the nefarious activities happening in the unregulated, virtually untraceable corners of the internet, the majority of the marketplace postings are for small amounts of marijuana, ecstasy, and cocaine. Opioids like heroin and OxyContin are readily available online, but fentanyl and other "RCs" - short for research chemicals, which includes drugs that were developed but never meant for human consumption -have quickly found demand on the dark corners of the web.

Since fentanyl first appeared on the Canadian market in 2015, the rapid rise of the drug and growing crisis mirrors the epidemic in the U.S. Statistics on the drug are spotty at best, as health agencies in America and Canada are only now trying to get a handle on the extent of the problem since it has reached epidemic proportions. In Alberta, the provincial health authority reports that the death toll rose from 66 in 2013 to 272 two years later. In neighbouring British Columbia, fentanyl was implicated in 474 overdoses in 2015, and in 2016 fentanyl proved to be even deadlier; nearly 1000 overdose deaths were reported, prompting the province to declare a state of emergency.

Acquiring fentanyl is proving easier and easier as demand grows across the country. The fact that fentanyl is so concentrated and easy to transport, by powder, patch, pill, or liquid, makes it all the more attractive to would-be dealers or traffickers. In Canada, significant quantities are coming into ports from China, where the drug is not controlled by the government. The epidemic seems to have started out west and is migrating east, recently 2016 soaring deaths in BC and Alberta.

In Canada organized crime and gangs are either directly importing from China, or operating their own labs. Gang dealers are purchasing powder and pressing out hundreds of pills on each order. Each pill contains roughly four to five milligrams of the drug. Doctors say that two milligrams can be enough to kill the average person. One buyer of street sold product says, "This stuff almost killed me! I took a very small amount and spent the next 6 days in the hospital.” Sirens scream non-stop through the urban heart of Vancouver, as first responders race toward drug addicts overdosing and dying in such numbers that the city’s morgues are full.

Vancouver, the wealthy Pacific coast city, is the epicentre of an opioid epidemic that has claimed thousands of lives, and drug overdoses are quickly becoming the leading cause of accidental death. “A lot of people here are under care, and targeted by drug dealers,” said one manager of a Vancouver supervised injection site, further discussion reveals that the demand for the prescription heroine promised by the Canadian government is increasing exponentially.

The experts and advocates at the Addiction Recovery Network agree; the solution is to reduce the number of drug users by solving issues that begin, for most, with a breakdown in mental health. It has been widely accepted that addiction is a mental health condition brought about by concurrent disorders. Addressing mental health disorders is an essential step in helping an addict recover from addiction.

Asked to describe the current opioid epidemic, a spokesperson from the Addiction Recovery Network said “to call it a ‘crisis’ implies there will be an end, but we are wondering if this is now the new normal, with no end in sight.” And goes on to say “Addiction Recovery Network is the foremost, leading Canadian organization in treating opioid and other drug addictions including alcohol, and we boast some of the highest success rates in the country.”